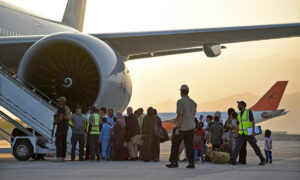 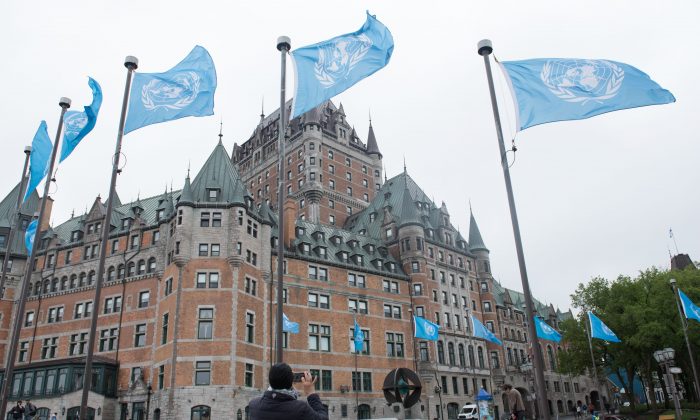 Trump to Defend His Trade Reform at G7 Summit in Canada

QUEBEC CITY—Leaders of the world’s major industrialized democracies are meeting at the June 8–9 Group of Seven (G7) summit in Charlevoix, Quebec, Canada, where key topics will include economic growth, trade, and shared security issues, according to Larry Kudlow, top White House economic adviser.

The leaders are meeting at a time of heightened tensions over trade between the United States and other G7 members. A week before the summit, President Donald Trump imposed tariffs on steel and aluminum imported from Canada, Mexico, and the European Union.

The latest move by the United States has drawn criticism and threats of retaliation from its allies. Trump, however, is not expected to back off from his tough stance on trade.

“President Trump is very clear with respect to his trade reform efforts that we will do what is necessary to protect the United States, its businesses, and its workforce,” Kudlow said during a press briefing at the White House on June 6. “Tariffs are a tool in that effort.”

He defended Trump and called him “the strongest trade reformer of the past 20 years.”

Kudlow argued that the administration’s policies are opening up avenues of growth for American businesses and workers, and this, in turn, opens up world growth.

The G7 consists of Canada, France, Germany, Italy, Japan, the U.K. and the United States. These countries are the top seven advanced economies in the world, representing more than 60 percent of global net wealth.

Host country Canada is the largest supplier of metals to the United States, followed by the EU, Japan, and South Korea.

Canadian Prime Minister Justin Trudeau called the tariffs “unacceptable” and said that, effective July 1, Canada would impose “dollar-for-dollar tariffs for every dollar levied against Canadians by the U.S.”

During the summit, Trump is expected to have bilateral talks with Trudeau.

“I have no doubt that the United States and Canada will remain firm friends and allies, whatever short-term disagreements may occur,” Kudlow said, adding that both countries will work through a lot of issues, including tariffs and NAFTA.

The EU on June 6 announced that, beginning in July, it would start imposing duties on a list of American goods in response. The bloc has also taken its case to the World Trade Organization (WTO).

“We’re talking everything through,” Kudlow said. “There may be disagreements. I regard this as much like a family quarrel.”

He called the world trading system a “mess.”

The United States’ tariff rates were low when it first joined the WTO in 1995, while its trading partners entered the organization with high tariffs.

Today, U.S. tariffs remain among the lowest in the world, the product of bipartisan policies that have advocated for progressively freer trade since World War II.

According to Trump administration officials, the United States is stuck because the low tariff rates and the WTO-imposed bound rate prevent it from matching other countries’ high tariffs.

During the summit, Trump is expected to have a bilateral meeting with French President Emmanuel Macron as well.

On the eve of the North Korean summit in Singapore between Trump and North Korean leader Kim Jong Un, another important topic that will be discussed among allies is the shared security issues, said Kudlow.

Protesters have become a regular feature at world-leader summits. During the June 8–9 meeting, some protests are expected to take place in Quebec City. To avoid a disturbance, a security force of some 10,000 police and military personnel will be deployed to keep the crowds far from the summit at Manoir Richelieu, a luxury resort in Quebec’s forested Charlevoix region.