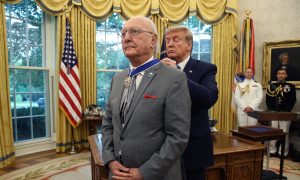 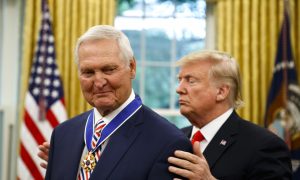 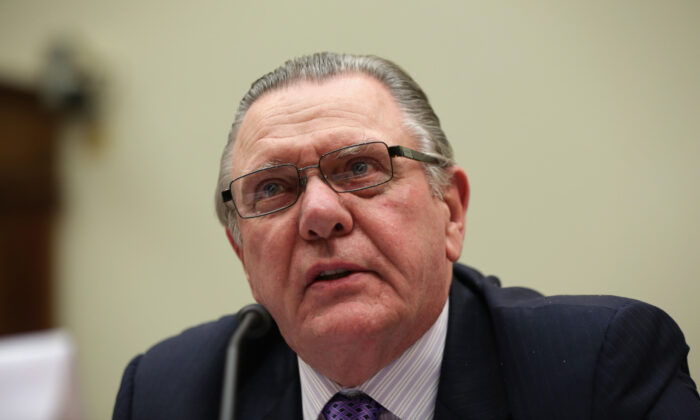 The award presentation of the highest civilian honor in the country will take place next week.

Keane, 77, served as the U.S. Army’s Vice Chief of Staff from 1999 to 2003 and directed 1.5 million soldiers and civilians in 120 countries. He also provided oversight and support for wars in Afghanistan and Iraq and was in the Pentagon when terrorists slammed a plane into the building on Sept. 11, 2001.

Earlier roles in Keane’s 37 years in the Army include his service as a paratrooper in the Vietnam War and in U.S. engagements in Somalia, Haiti, Bosnia, and Kosovo.

The Medal of Freedom award is given by the president to those who “have made especially meritorious contributions to the security or national interests of the United States, to world peace, or to cultural or other significant public or private endeavors,” the White House said in a statement. Keane “has devoted his life to keeping America safe and strong,” the statement read.

Keane is currently a foreign policy and national security analyst for Fox News. He told Fox News that he was “shocked and overwhelmed” when Trump told him he would be receiving the award.

“Frankly, I told him ‘I don’t think I deserve it, to be honest with you.’ And [Trump] said, ‘You know, someone told me that you were going to say that,'” Keane said of his conversation with the president.

“I have a lot of love in my life and a lot of purpose and meaning associated with trying to protect this country as a soldier and then trying to also advocate for the security of the country as a retired general officer and foreign policy and national security analyst,” Keane told the broadcaster.

He is also the chairman of the board for the Institute for the Study of War, a U.S.-based think-tank on defense and foreign affairs issues.

In 2016, Keane told NPR that he declined Trump’s offer to serve as the secretary of defense.

“I was asked to serve, but I’m not able to,” Keane told NPR. “I have some personal issues surrounding the death of my wife recently, and I explained all that to Mr. Trump, and he was very gracious and understanding, and quite supportive.”

The announcement comes one month after Trump awarded the latest Medal of Freedom to Rush Limbaugh, a conservative radio host who was recently diagnosed with advanced lung cancer, during the State of the Union Address on Feb. 4.