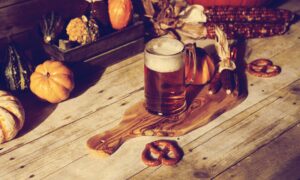 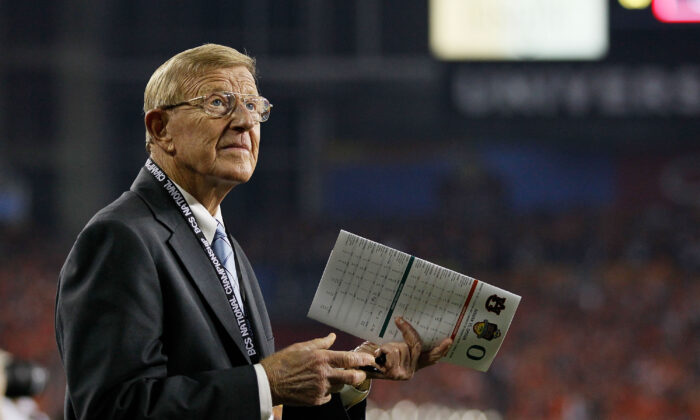 “America recognizes Lou Holtz as one of the greatest football coaches of all time for his unmatched accomplishments on the gridiron, but he is also a philanthropist, author, and true American patriot,” the White House said in a statement announcing Trump’s intention to award Holtz the medal, which is granted to people who have made special contributions on behalf of the country.

Trump first announced that he would be honoring Holtz with the accolade at a Sept. 4 press briefing, when the president called the Hall of Famer an “incredible leader” and a friend.

“Most notably, Holtz earned an outstanding 100–30–2 record in 11 seasons at the University of Notre Dame,” the White House stated. “His 1988 team earned a perfect 12–0 record and were crowned national champions. Most importantly, he inspired generations of young athletes along the way.”

His accomplishments on the field earned him such accolades as being elected to the College Football Hall of Fame, the Arkansas Sports Hall of Fame, and the Upper Ohio Valley Hall of Fame.

Besides his engagement in sports, Holtz served for seven years as an officer in the U.S. Army Reserves.

“Since his retirement from coaching, Holtz has authored several books, contributed to ESPN and CBS as a sports analyst, and continues to give back to his community through two of his own charities, the Holtz Charitable Foundation and the Holtz’s Heroes Foundation,” the White House noted.

Holtz spoke at the Republican National Convention in August, during which he made a case for Trump’s reelection, calling the president “a consistent winner, an outstanding leader.”

“There are people today like politicians, professors, protesters, and of course, President Trump’s naysayers in the media who like to blame others for problems,” he said. “They don’t have pride in our country, and because they no longer ask what can I do for my country, only what the country should be doing for them, they don’t have pride in themselves.”

“He says what he means. He means what he says. And he’s done what he said he would do at every single turn,” Holtz said of Trump, hailing the president as a strong “advocate for the unborn,” while labeling the Biden-Harris ticket as “the most radically pro-abortion campaign in history.”