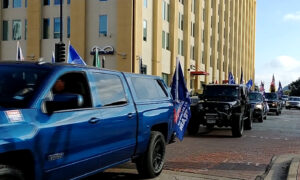 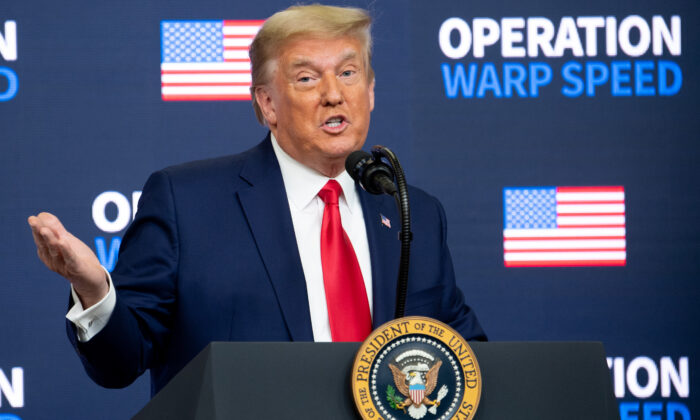 President Donald Trump said that Congress needs to pass a pandemic stimulus bill that includes $2,000 direct payments to Americans—not the $600 ones—or else he will veto it.

“Congress found plenty of money for foreign countries, lobbyists, and special interests,” Trump said on Tuesday night in a video released on his social media pages. “While sending the bare minimum to the American people who need it.”

The president said that he will veto the bill unless Congress can provide more money in stimulus payments and loans to small businesses in the midst of the pandemic.

“And maybe that administration will be me,” Trump added.

House Speaker Nancy Pelosi responded to Trump’s announcement on Twitter. She agreed with Trump’s $2,000 and said that Democrats are ready to bring the matter to the floor by unanimous consent this coming week. Pelosi also accused Republicans of having “repeatedly refused to say what amount the President wanted for direct checks.”

The CCP virus stimulus package bill isn’t the only measure that Trump has threatened to veto in recent days. Last week, the president said he would veto the recently passed defense spending bill because it doesn’t include a repeal of Section 230 of the Communications Decency Act, which serves as a liability shield for social media companies. The bill, meanwhile, would be a boon for China, Trump wrote on Twitter.

Senate Majority Leader Mitch McConnell (R-Ky.) early on Tuesday morning called on the president not to veto the defense bill but said he would work to override it.

“My intention was and is to ensure the Senate continues fulfilling our obligation to the men and women of our armed forces. I hope the president will not veto this bill,” McConnell said on the floor at around 1 a.m.

McConnell added on the floor, referring to Sen. Chuck Schumer (D-N.Y.), that::“The Democratic Leader and I have agreed to unanimous request as follows: the Senate will meet for pro forma sessions only until December 29th when we will return to session.”