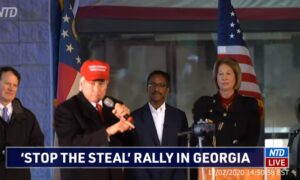 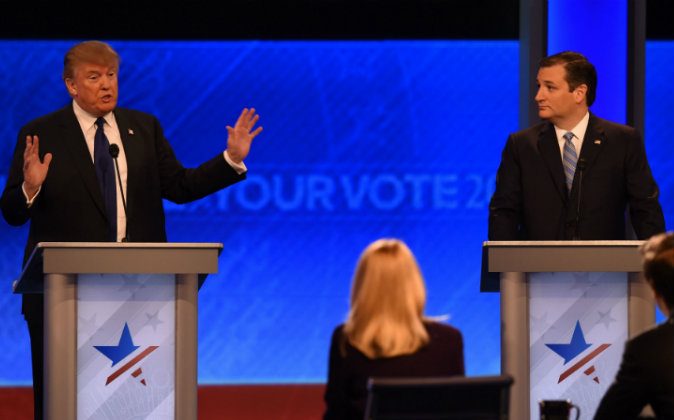 GOP front-runner Donald Trump said that he might bring legal action against his rival Ted Cruz if the latter doesn’t retract a number of attacks he’s made against Trump on the campaign trail and in a new TV ad.

Released in the wake of the death of Supreme Court Justice and conservative stalwart Antonin Scalia, the ad suggested that the country was at a pivotal moment in its legal history, and that it was vital that the next president is trustworthy enough to nominate a real conservative to the Supreme Court.

One of the ways I can fight back is to bring a lawsuit against him relative to the fact that he was born in Canada and therefore cannot be President.
— Donald Trump

The ad ends with a short clip of an interview with Donald Trump in 1999, where he said that was “very pro-choice,” implying that he would nominate a liberal onto the court if he became president.

Trump slammed the ad in a new statement, calling Cruz “the biggest liar” he’s ever come across, and threatened legal action.

“One of the ways I can fight back is to bring a lawsuit against him relative to the fact that he was born in Canada and therefore cannot be President. If he doesn’t take down his false ads and retract his lies, I will do so immediately,” Trump said in a statement.

Trump then proceeded to refute Cruz’s implied accusations one by one.

“Cruz said I would be appointing a liberal judge when in fact I will appoint a great conservative and I am the only candidate who has gone so far, at the debate, as to suggest two individuals I feel would best represent the conservative values we need to protect: William ‘Bill’ Pryor Jr. and Diane Sykes,” Trump said.

“Cruz says I am pro-choice, when in fact I am staunchly pro-life and have been for a long time. Like Ronald Reagan, on many issues, I have evolved.”

Trump also accused Cruz of lying about Trump’s record on Obamacare and second amendment rights, touting his own NRA membership and that of his two sons, and then went after Cruz for a message his campaign sent in Iowa that falsely implied that Ben Carson had dropped out of the race.