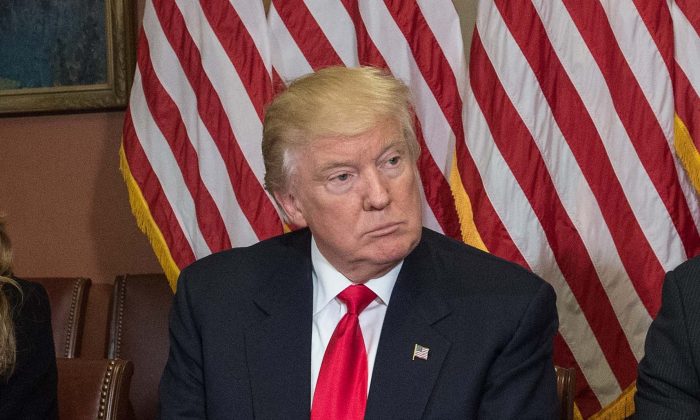 US President-elect Donald Trump at the US Capitol in Washington, DC, on Nov. 10, 2016. (NICHOLAS KAMM/AFP/Getty Images)
Politics

Trump Team: He Gets Formal Intel Briefings 3 Times a Week

WASHINGTON—Donald Trump’s transition team said Wednesday that he is getting formal intelligence briefings at least three times a week.

Trump has challenged the necessity of a daily intelligence briefing, telling Fox News Sunday in a recent interview that he doesn’t need to hear the same information every day.

“I get it when I need it,” he said of the top-secret briefing sessions, which are generally designed to give a president the latest information on security conditions around the world.

“I’m, like, a smart person,” Trump said. “I don’t have to be told the same thing in the same words every single day for the next eight years.”

President Barack Obama fired back on Comedy Central a day later, saying any president who shuns daily intelligence briefings would be “flying blind” on national security matters and that Trump probably will change his mind once in office.

Trump campaigned heavily on national security, crafting one widely seen ad that claimed he’ll “make America safe again.” He wrapped several campaign proposals in the national security theme, including a temporary ban on Muslim immigration and immediate deportation of millions of people in the country illegally.

Most modern-day presidents-elect had intelligence officials brief them nearly every day on the contents of the President’s Daily Brief. It covers hot spots around the globe, U.S. covert operations and intelligence about world leaders.