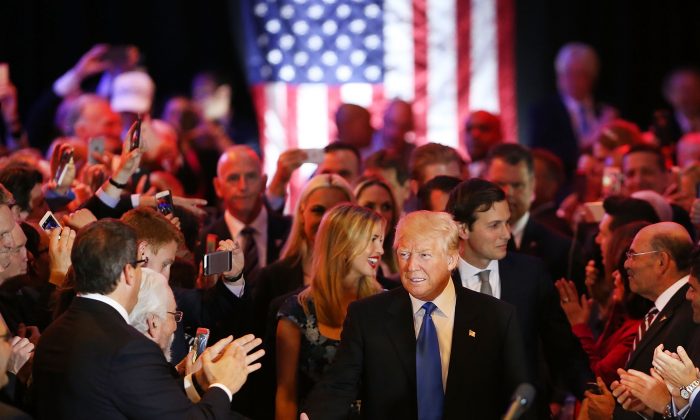 NEW YORK, NY - MAY 03: Republican presidential frontrunner Donald Trump speaks to supporters and the media at Trump Tower in Manhattan following his victory in the Indiana primary on May 03, 2016 in New York City. Trump beat rival Ted Cruz decisively in a contest that many analysts believe was the last chance for any other Republican candidate to catch Trump in the delegate count. (Photo by Spencer Platt/Getty Images)
Politics

Donald Trump has won Pennsylvania and its prize of 20 electoral votes.

It takes 270 electoral votes to win the presidency. Trump’s opponent, Hillary Clinton, has 215.

Pennsylvania last voted for a Republican for president in 1988. Trump repeatedly campaigned there, believing his populist message would resonate with the state’s working-class voters.

Clinton long viewed the state as a key part of her “firewall” and rallied in Philadelphia with President Barack Obama on Monday night. The Democrats also held their nominating convention in the city.