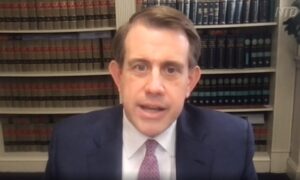 Another Stop the Steal rally was held in Dallas, Texas. Trump Supporters and Republicans came out over the weekend to call for election integrity. Some also showed up for reasons outside of the election.

“You’re looking at legal voters here, and when you think about what happened in Georgia, Pennsylvania, Michigan, and Wisconsin, those unconstitutional and illegal actions that have a damaging effect on these Texas citizens. They’re rising up, they want their voices to be heard, and they want their representatives to take action,” said Allen West, chairman of the Texas Republican Party.

“For us, it’s not so much about who won, but making sure that every election is fair and honest. Because if you have dead people voting and all of this weird stuff going on and ballots showing up in the middle of the night, that does not leave room to say that we’re having fair and honest elections,” said Troy Jackson, North Texas regional director of the Texas Republican Party.

Besides protesting election fraud, some at the rally said they came to exercise their right to free speech.