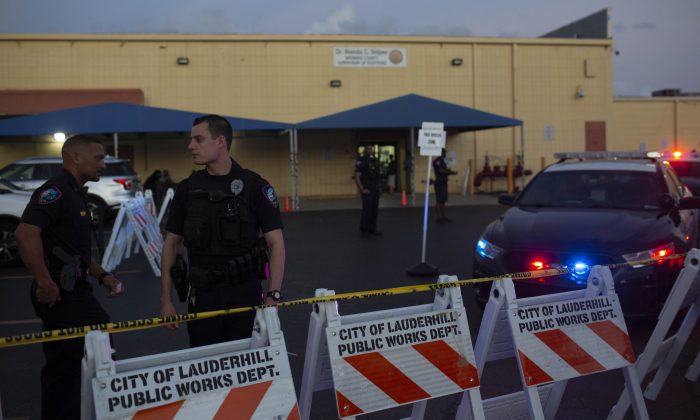 President Donald Trump has suggested that election fraud occurred in Florida’s Broward County, where election officials were two days late counting early voting and vote-by-mail ballots. Meanwhile, a judge has ordered the county to hand over ballot records in response to a GOP lawsuit.

“As soon as Democrats sent their best Election stealing lawyer, Marc Elias, to Broward County they miraculously started finding Democrat votes,” Trump wrote in a Nov. 9 tweet. “Don’t worry, Florida – I am sending much better lawyers to expose the FRAUD!”

Florida’s Republican governor, Rick Scott, narrowly won the U.S. Senate race in the state based on the Oct. 9 results, with only provisional and overseas ballots left to count.

Elias, a partner at Democrats’ law firm of choice, Perkins Coie, was retained by Democratic incumbent Sen. Bill Nelson to lead a recount.

“We believe that at the end of this process, Sen. Nelson is going to be declared the winner,” Elias said on Nov. 8, Roll Call reported.

“The outcome is currently unknown, but I would rather be Nelson than Scott,” he said in a Nov. 9 tweet.

Early voting and vote-by-mail ballots must be counted within 30 minutes after polls close, under Florida law.

But Broward County has been notoriously late with submitting election results. It bought three new high-speed scanners to process the midterm ballots, but it was only done counting the early voting and vote-by-mail on Nov. 8 night, according to Miami Herald’s Alex Harris.

Scott was suspicious of Broward’s coming up with tens of thousands of votes so late after the election night. Broward has voted more than 2-to-1 against him, so the additional votes have eroded his lead, which was about 50,000 votes on election night.

“Their goal is to keep mysteriously finding more votes until the election turns out the way they want,” he said in a Nov. 8 late night statement to media. “And when that fails, they will file a bunch of lawsuits in order to try to overturn the will of the voters.”

The suit alleges that Broward County Supervisor of Elections Brenda Snipes denied Scott’s campaign requests “to inspect all ballots that have not yet been canvassed.”

Circuit Judge Carol-Lisa Phillips found Snipes in violation of Florida public records laws on Nov. 9. She ordered Snipes to turn over the ballot numbers broken down by absentee, early, and election day votes by 7 p.m. that day, Miami Herald reported.

Snipes has faced a barrage of criticism from Republicans, who pointed to at least 12 instances where Snipes has “been outright incompetent and possibly criminal,” The Daily Caller reported.

In 2016, for instance, Broward posted early voting results a half hour before polls closed, which is illegal.

In May, a judge found that Snipes illegally destroyed ballots after the 2016 congressional primary.

In Broward, about 25,000 voters who marked their gubernatorial candidate on the ballot didn’t mark one for Senate, based on the results.

Some have suggested that the discrepancy was caused by the ballot design in the county, where the Senate race was tucked in the left column under voter instructions. Elias dismissed this possibility and said the scanners that read the ballots may have misread some and the issue would be resolved when they are re-calibrated for a recount. A recount is mandated by state law for a result this close.

Nelson filed a lawsuit on Nov. 8 demanding that provisional and mail-in ballots with signatures not matching those on record be counted as valid, The Tampa Bay Times reported.

Elias argued the process of matching the signatures is inconsistent across counties resulting in a disproportionate number of ballots cast by minority and young voters being discarded for mismatches.

Correction: An earlier version of this article misstated the date of Gov. Rick Scott’s statement to media. He gave his statement on Nov. 8. The Epoch Times regrets the error.