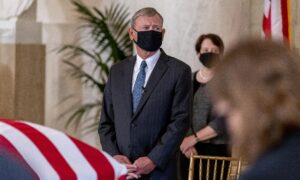 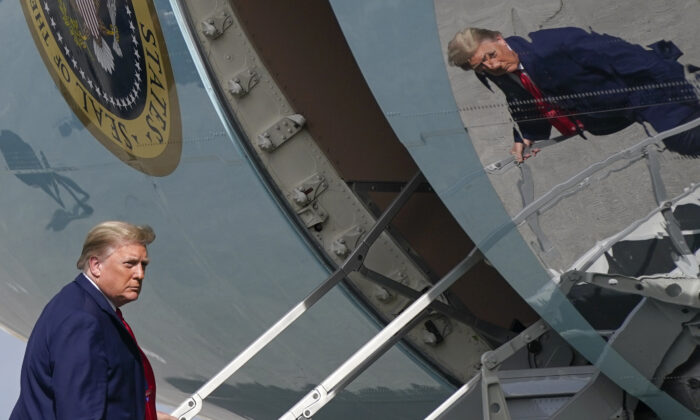 The slow administration of COVID-19 vaccines is due to states, President Donald Trump said late Jan. 1.

“Some States are very slow to inoculate recipients despite successful and very large scale distribution of vaccines by the Federal Government. They will get it done!” he wrote in a tweet.

Out of 12.4 million doses distributed as of Dec. 30, just 2.8 million have been injected, according to data from the Centers for Disease Control and Prevention.

Some states have administered fewer than a quarter of the doses they’ve received. In California, for instance, just 294,281 doses have been given, out of more than 1.4 million received.

Trump earlier this week told states to “get moving” with injections.

Trump administration officials said they expected to pass out about 20 million doses by the end of 2020.

Officials previously said they expected to circulate double that, with 20 million people being injected by the time the new year came.

Democratic presidential nominee Joe Biden is among those criticizing the delayed distribution and injections.

“The Trump administration’s plan to distribute vaccines is falling behind, far behind,” Biden told a press conference in Delaware this week. “As I long feared and warned, the effort to distribute and administer the vaccine is not progressing as it should.”

With funding and backing from the federal government, Pfizer and Moderna developed COVID-19 vaccines in record time, starting in January 2020 and receiving emergency use authorization from drug regulators in December.

Even Biden acknowledged that Operation Warp Speed, Trump’s all-of-government effort to speed the development of vaccines and therapeutics, “deserves some credit” for getting the vaccines produced so quickly.

But some experts are trying to figure out how to speed up the administration of the vaccines, especially the doses that have already been given to states, even as administration officials say they’re hopeful the pace catches up to the projections this year.

“We need to do essentially the kind of things we’re doing in our hospital. In our hospital, we’ve vaccinated 12 people every 30 minutes,” Dr. Paul Offit, a member of a federal vaccine advisory panel, said Dec. 31.

Dr. Anthony Fauci, head of the National Institute of Allergy and Infectious Diseases, said the same day that states and counties were behind on giving the shots because they lacked resources.

Asked if the federal government should take over vaccine administration efforts, Fauci told NBC’s “Today” show, “Rather than stepping in and taking over, it would maybe be better to give more resources and work with them, in tandem with them.”

Some governors have pointed to early miscommunication from Operation Warp Speed officials in terms of receiving fewer doses than they were told they’d get.

“I had to lower the allocations to meet the releasable doses that were presented to me,” the operation’s leader, Gen. Gus Perna, said last month.

In Missouri, Health Director Randall Williams said at a briefing that there’s a gap when comparing the number of doses the state has received to the number it’s administered. Half the doses went to long-term care facilities, he said, and the state’s partnership with Walgreens and CVS just started on Dec. 28, “so there’s going to be a little bit of a lag there.”

“I just got off the phone with the executive director for the long-term care facility association. We think we’ll have middle January, all those vaccines, the initial vaccines, should be administered, or shortly thereafter,” Williams said.

One issue stems from the “complex process of preparing the vaccines” and training people how to administer them, North Carolina Gov. Roy Cooper, a Democrat, told reporters this week.

Joneigh Khaldun, Michigan’s chief medical executive, said in a separate briefing: “There is no question this is the most massive vaccination effort that we have ever undertaken in this country.

“I think it is the operational challenges of it, that means that it is moving slower than any of us actually wanted to.”