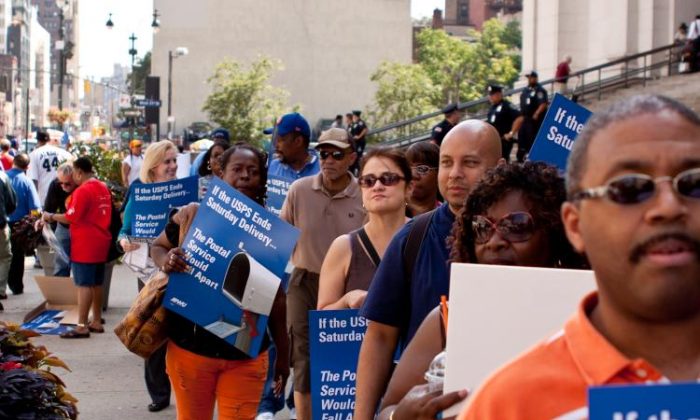 WASHINGTON—The United States announced on Oct. 17 that it is preparing to pull out of an international postal treaty that allows China to ship packages to America at discounted rates. The move could escalate a trade dispute with China.

President Donald Trump argues that the 144-year-old Universal Post Union benefits China and other countries at the expense of U.S. businesses–making it cheaper to ship packages from Beijing to New York, than from San Francisco to the U.S. East coast, which particularly benefits Chinese manufacturers. The officials say the treaty is used by shippers of the narcotic fentanyl to the U.S. from China.

The U.S. is willing to renegotiate the treaty over the next year but will leave the union if no agreement can be reached, the officials said.

The move was welcomed by the U.S National Association of Manufacturers, which called the existing postal pact “outdated” in the age of e-commerce and at a time of Chinese manufacturing dominance.

“Manufacturers and manufacturing workers in the United States will greatly benefit from a modernized and far more fair arrangement with China,” Jay Timmons, president of the manufacturers association, said in a statement.

The U.S. and China are already locked in a trade war. The United States has imposed tariffs on about $250 billion in Chinese goods, and Beijing has responded by targeting about $110 billion in U.S. products.

The world’s two biggest economies are clashing over U.S. allegations that China is using predatory practices to challenge American technological dominance. These include hacking into U.S. companies’ computers to steal trade secrets and forcing American firms to hand over technology to China in exchange for access to the Chinese market.