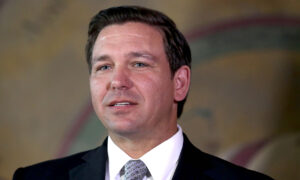 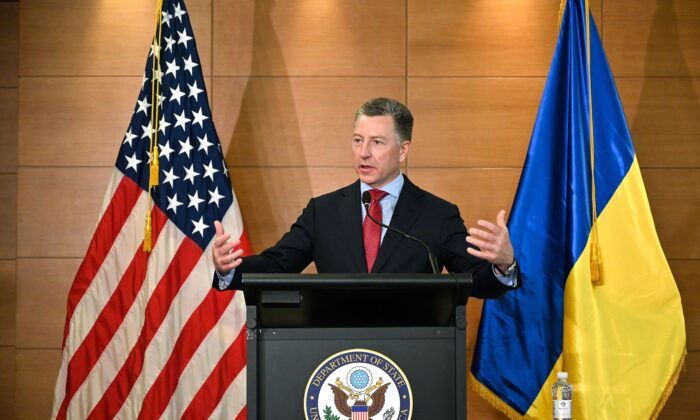 Kurt Volker, President Donald Trump’s special representative for Ukraine, resigned a day after the whistleblower complaint about a call between Trump and Ukraine’s president was released to the public, sources familiar with the matter said.

The whistleblower complaint was declassified and released to the public on Sept. 26 by Rep. Adam Schiff (D-Calif.) and Sen. Richard Burr (R-N.C.) of the House and Senate Intelligence Committee.

According to reports, Volker was mentioned in the complaint as trying to “contain the damage” from efforts by Trump’s lawyer Rudy Giuliani to press Ukraine to investigate Democrats.

Volker announced his resignation after meeting with U.S. Secretary of State Mike Pompeo a day after its release, State Press first reported.

Volker, who had served in the position on a part-time, unpaid basis since 2017, had sought to help Ukraine’s government resolve its confrontation with Russia-sponsored separatists.

His resignation came after House Speaker Nancy Pelosi on Sept. 24 announced that a formal inquiry into impeaching Trump was underway.

Democrats in the U.S. House of Representatives, who are conducting an impeachment investigation of Trump, have sought testimony from Volker relating to the call. Volker was reportedly involved in organizing a meeting between a Ukraine presidential aide and Giuliani.

News of his resignation also came hours after the House Foreign Affairs Committee announced they would hold a deposition for him this week, reported CNN.

“We still expect to hear everything he knows about this scandal,” a congressional aide familiar with the deposition plans told the news outlet.

Giuliani showed CNN a text message, allegedly from Volker on July 19, which details arranging a meeting with a Zelensky aide.

“Mr. Mayor—really enjoyed breakfast this morning,” the message read. “As discussed, connecting you here with Andrey Yermak, who is very close to President Zelensky. I suggest we schedule a call together on Monday—maybe 10 a.m. or 11 a.m. Washington time? Kurt.”

House Intelligence Committee Chairman Adam Schiff (D-Calif.) said on Sunday that House lawmakers have reached an agreement with the alleged whistleblower who filed a complaint about Trump’s call with Ukrainian President Volodymyr Zelensky.

“As with [acting Director of National Intelligence Joseph] Mcguire, that whistleblower will be allowed to come in without White House or DOJ lawyers to tell him or her what they can or can’t say,” Schiff said, according to Fox News. “We are taking all the precautions we can to protect the whistleblower’s identity,” he added.

Trump has repeatedly blasted Schiff and the other Democrats on Twitter over the recent media storm.

“The Whistleblower’s complaint is completely different and at odds from my actual conversation with the new President of Ukraine,” Trump wrote on Twitter Sept. 28.

“The so-called ‘Whistleblower’ knew practically NOTHING in that those ridiculous charges were far more dramatic & wrong, just like Liddle’ Adam Schiff fraudulently and illegally inserted his made up & twisted words into my call with the Ukrainian President to make it look like I did something very wrong. He then boldly read those words to Congress and millions of people, defaming & libeling me. He must resign from Congress!”

Trump has maintained that he acted appropriately, and released an unredacted transcript of the call to the public. Ukrainian president Zelensky has backed up Trump, saying there was no pressure, nor quid pro quo, to investigate Biden.