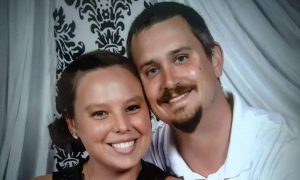 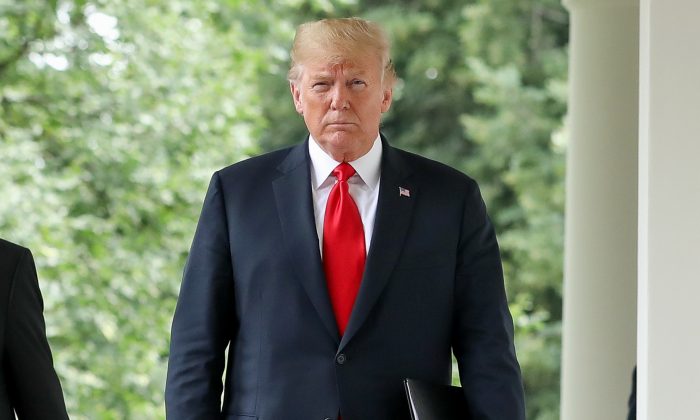 President Donald Trump slammed Virginia Democrats over a controversial bill that would have loosened abortion restrictions if passed.

Asked about comments by Virginia Delegate Kathy Tran, who introduced the Repeal Act, Trump told the Daily Caller: “I thought it was terrible.”

Tran confirmed in a committee hearing this week that her bill would allow abortions until moments before birth and was unable to explain what requirements would be in place to certify the abortion was medically necessary.

“Do you remember when I said Hillary Clinton was willing to rip the baby out of the womb? That’s what it is, that’s what they’re doing, it’s terrible,” Trump said.

He said he hadn’t heard the follow-up comments by Virginia Gov. Ralph Northam, another Democrat.

Northam said during a radio interview on Wednesday that in some cases, it would be appropriate to kill a baby that was already born and had a chance of living.

Told of Northam’s comments, the president said that the remarks, combined with those from Tran, was a positive for the pro-life movement.

“I think this will very much lift up the issue because people have never thought of it in those terms,” Trump said. “This is going to lift up the whole pro-life movement like maybe it’s never been lifted up before.”

At present, it looks like the bill in question won’t pass.

A Virginia House subcommittee that considered the Repeal Act voted 5-3 to table it on Jan. 28.

The office of Majority Leader Todd Gilbert, a Republican, told anti-abortion group Live Action on Wednesday that the bill will not leave the subcommittee and no further action will be taken on it.

Del. Dawn Adams, D-Richmond, says she would not have co-sponsored the controversial Virginia abortion bill if she had read it more closely, @gmoomaw reports. https://t.co/fFCsJb5WM0

Following the uproar over Tran’s comments, a Virginia lawmaker apologized for attaching her name to the controversial bill.

Delegate Dawn Adams, a Democrat, admitted that she did not read the Repeal Act before co-sponsoring it.

“I did not read a bill I agreed to co-patron and that wasn’t smart or typical,” said Adams, a first-term delegate, in a newsletter.

“I made a mistake, and all I know to do is to admit it, tell the truth, and let the chips fall where they may.”

Adams, a nurse practitioner, said that women should decide whether or not to have abortions but she said she was mistaken about what the bill would change regarding abortion restrictions in the state.

The bill would have repealed abortion restrictions but “it sought to do much more,” Adams said. “Had I researched each line of removed language, I would have seen that, and known that there was more research to be done.”

Heartbreaking… This isn’t in New York, this isn’t in California, this happened just this week right here in Virginia. @VAHouseDems proposed legislation to provide abortions up to just seconds before that precious child takes their first breath. Watch for yourself. pic.twitter.com/AxgPVyI6kU

Adams did not issue any public statements about her mistake.

Currently, women in Virginia can have abortions up to birth but only if three doctors certify that continuing with the pregnancy would endanger the woman’s life or “substantially and irremediably” impair the woman’s health.

The Repeal Act would only require one doctor to certify such and would delete the words “substantially and irremediably” from the line referring to the requirement for a woman to get an abortion so late.

A Virginia House subcommittee that considered the bill voted 5-3 to table it on Jan. 28. The office of Majority Leader Todd Gilbert, a Republican, told anti-abortion group Live Action on Wednesday that the bill will not leave the subcommittee and no further action will be taken on it.