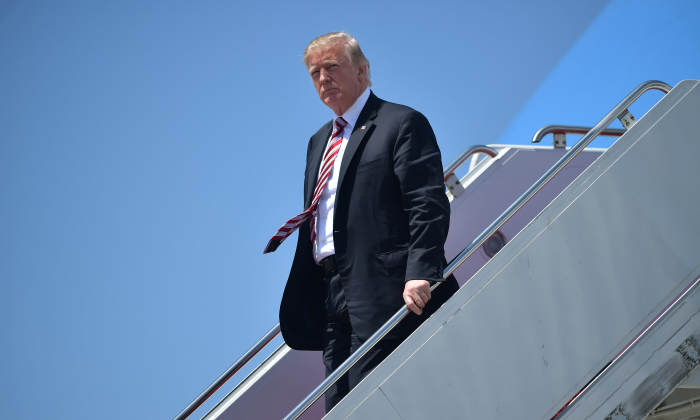 The president described Haberman as a “third rate reporter” and a “Crooked H flunkie,” with the “H” referring to Hillary Clinton. Saturday marked the second time Trump criticized Haberman this year. Last month, Trump wrote that Haberman “knows nothing about me and is given no access.”

“We have had her tee up stories for us before and have never been disappointed,” Merrill continues. “While we should have a larger conversation in the near future about a broader strategy for reengaging the beat press that covers HRC, for this we think we can achieve our objective and do the most shaping by going to Maggie.”

The email goes on to explain which information would be shared “on background” and what would be shared “on the record” while outlining how the story will help the campaign shape its message. The campaign’s goal was to induce Haberman to write a story that demonstrated how thorough and transparent Clinton was in her decision-making process.

Haberman went on to publish two stories, on February 20 and 27. Both articles are nuanced and include a dose of criticism, but ultimately achieved the campaign’s goals.

Haberman was also among 38 reporters and media personalities who accepted an invitation to a ritzy, completely off-the-record dinner hosted by the Clinton campaign on April 10, 2015, according to another email. The campaign’s goal for the dinner was to frame Clinton’s message and the race, according to the event memo.

The New York Times article that triggered the president’s criticism delved into the details of his relationship with Cohen using both anonymous and on-the-record sources. Haberman also cited unnamed sources in reporting on the details of an April 9 raid of Cohen’s offices.

Haberman responded to Trump’s tweets with several messages of her own. In one, she pointed out that Trump misspelled her last name (the tweet was later corrected.) In another, she shared a critical anecdote from her reporting on the Cohen story.

The New York Times responded to say that they are “extremely proud” of Haberman and pointed out that she won a Pulitzer prize as part of a team reporting on Russian interference in the 2016 election.

“We stand by our story and our reporting,” the newspaper wrote on Twitter.