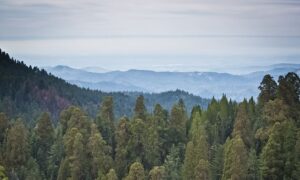 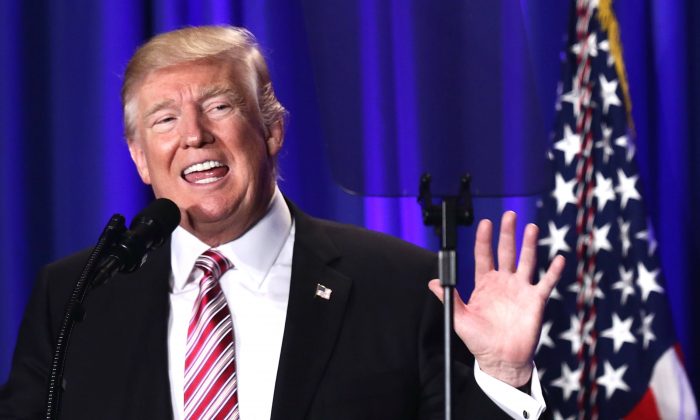 President Donald Trump speaks during a luncheon at the Congress of Tomorrow Republican Member Retreat in Philadelphia, Pennsylvania on Jan. 26, 2017. (Alex Wong/Getty Images)
US

President Donald Trump slammed Senators Lindsey Graham and John McCain, both Republicans, on Twitter for their criticism of an executive order he signed that bars visa holders from certain countries from entering the United States for 90 days.

The order also bars refugees from entering the country for 120 days. The order drew widespread criticism from Democrats, the American Civil Liberties Union, and Hollywood celebrities—along with protests. However, the union representing the U.S. Immigration and Customs Enforcement agency and Border Patrol strongly praised Trump’s recent actions on immigration.

In a statement, McCain and Graham—who have voiced opposition to Trump throughout his campaign and presidency—said the president’s “executive order was not properly vetted.” They added: “Such a hasty process risks harmful results. We should not stop green-card holders from returning to the country they call home.”

The joint statement of former presidential candidates John McCain & Lindsey Graham is wrong – they are sadly weak on immigration. The two…

“The joint statement of former presidential candidates John McCain & Lindsey Graham is wrong – they are sadly weak on immigration.

…Senators should focus their energies on ISIS, illegal immigration and border security instead of always looking to start World War III.

“The two Senators should focus their energies on ISIS, illegal immigration and border security instead of always looking to start World War III.”

And amid widespread criticism of Trump’s executive action on Friday, the White House released a statement.

“America is a proud nation of immigrants and we will continue to show compassion to those fleeing oppression, but we will do so while protecting our own citizens and border,” Trump, whose wife Melania is herself an immigrant from Slovenia, said in the White House statement. “America has always been the land of the free and home of the brave. We will keep it free and keep it safe, as the media knows, but refuses to say.”

Trump added that the seven countries named in his executive order—Iraq, Iran, Libya, Somali, Sudan, Syria, and Yemen—are actually part of a restrictive travel regime that was set up under former President Barack Obama.

“It’s not a Muslim ban, but we were totally prepared. It’s working out very nicely. You see it at the airports, you see it all over,” Trump also said, according to a White House pool report, as cited by Yahoo News.

The Department of Homeland Security said in a statement that it would continue to enforce Trump’s executive orders on immigration—following a decision rendered by a New York judge that temporarily blocks the order in the state.

After the judge’s decision, ACLU national political director Faiz Shakir told Yahoo News that “I hope Trump enjoys losing. He’s going to lose so much we’re going to get sick and tired of his losing,” seemingly making fun of Trump’s comments on “winning” during the campaign.