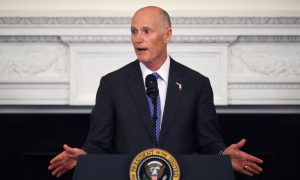 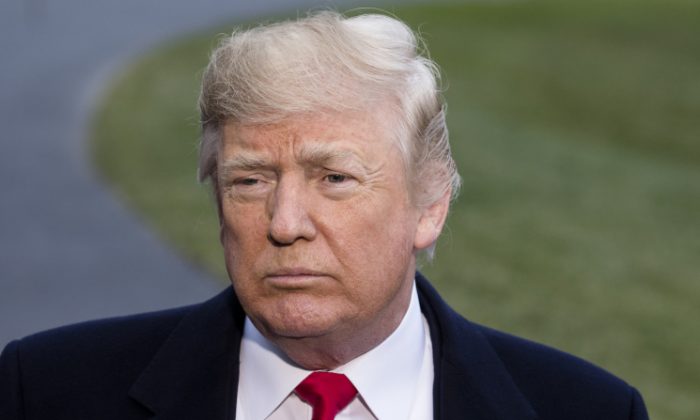 “If schools are mandated to be gun free zones, violence and danger are given an open invitation to enter. Almost all school shootings are in gun free zones,” Trump wrote. “Cowards will only go where there is no deterrent!”

The gun-free school zones prohibit people from carrying or discharging a firearm on school grounds unless they are authorized. The bill was introduced by then-Senator Joe Biden in 1990 and signed into law by former president George H.W. Bush the same year.

Trump’s administration is working on several fronts to prevent another mass shooting in the wake of last month’s massacre at a Florida high school. The president proposed, among other measures, to allow properly trained teachers and staff to carry weapons on school property.

Opponents of gun-free school zones point out that maintaining a full-time police presence at every school is costly. Four out of 10 public schools currently have an armed safety officer, according to John Lott, an economist and gun rights advocate.

But Lott says even one officer may not be enough since the uniform screams “shoot me first” to a would-be attacker.

“Concealed carry comes with the benefit that attackers won’t know who is armed, and won’t know who they need to attack first,” Lott wrote in an editorial for New York Daily News.

On the campaign trail, Trump vowed to end gun-free zones.

“You know what a gun-free zone is to a sicko?” Trump asked at a campaign rally in Vermont in January of 2016. “That’s bait.”

After the deadly shooting at Stoneman Douglas High School in Parkland, Florida, Trump called for a ban on bump stocks, tougher background checks with a focus on mental illness, arming teachers, and raising the minimum age to buy a rifle to 21.

“On 18 to 21 Age Limits, watching court cases and rulings before acting,” Trump added. “States are making this decision. Things are moving rapidly on this, but not much political support (to put it mildly).”