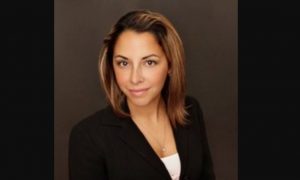 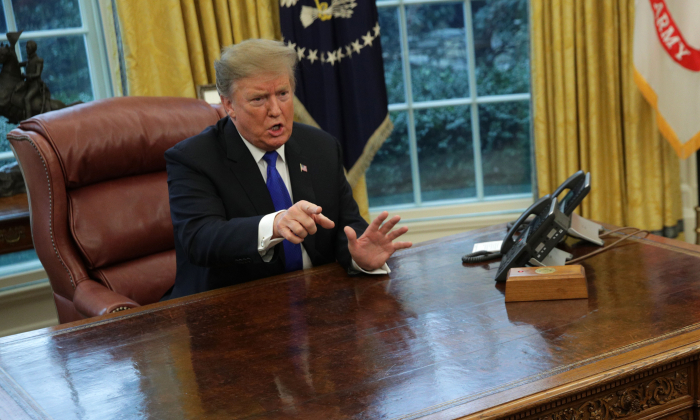 President Donald Trump during a meeting with Chinese Vice Premier Liu He (not shown) in the Oval Office of the White House Feb. 22, 2019. (Alex Wong/Getty Images)
Trump Administration

President Donald Trump excoriated Senate Democrats on Feb. 26 for blocking a bill that would penalize doctors for failing to care for children who survive an abortion.

The senators voted 53-44 on a bill introduced by Sen. Ben Sasse (R-Neb.) that needed 60 votes to pass. The legislation sought to prohibit health care providers “from failing to exercise the proper degree of care in the case of a child who survives an abortion or attempted abortion.”

“Senate Democrats just voted against legislation to prevent the killing of newborn infant children. The Democrat position on abortion is now so extreme that they don’t mind executing babies AFTER birth,” Trump wrote on Twitter.

“This will be remembered as one of the most shocking votes in the history of Congress. If there is one thing we should all agree on, it’s protecting the lives of innocent babies,” he wrote.

The legislation was created in response to public outrage caused by comments from Virginia Gov. Ralph Northam, a Democrat, who suggested that an abortion measure under consideration by that state’s legislature would allow for the killing of a newborn infant.

Northam made the remarks in response to brewing backlash to earlier comments of a Democratic state legislator Kathy Tran, who admitted that the abortion bill she supported allowed a mother to request an abortion for physical or mental health reasons even when she was dilating and ready to give birth.

Senate Majority Leader Mitch McConnell (R-Ky.) supported the bill ahead of the vote and called on Democrats to not succumb to the “extreme voices” within their own party.

“Can the extreme far-left politics surrounding abortion really have come this far?” McConnell added. “Are we really supposed to think that it’s normal that there are now two sides debating whether a newborn, whether newborn living babies deserve medical attention?”

Senate Minority Leader Sen. Chuck Schumer (D-N.Y.) said that Republicans’ statements about the bill were misleading. In arguing against the bill on the Senate floor, Schumer said, without evidence, that the bill “is carefully crafted to target, intimidate, and shut down reproductive health care providers.”

The bill “would impose requirements on what type of care doctors must provide in certain circumstances, even if that care is ineffective, contradictory to medical evidence, and against the family’s wishes,” Schumer added.

Contrary to Schumer’s assertion, the bill didn’t include any requirements for the care doctors must provide to living infants who survive an abortion, leaving the specifics up to doctors. The bill instead would have required health care practitioners to treat infants who survive abortion the same as any other child born alive at the same age.

“Any health care practitioner present at the time the child is born alive shall exercise the same degree of professional skill, care, and diligence to preserve the life and health of the child as a reasonably diligent and conscientious health care practitioner would render to any other child born alive at the same gestational age,” the bill states.

In addition, after caring for the child, the health care practitioners would have been required to “ensure that the child born alive is immediately transported and admitted to a hospital.”

No Republican voted against the bill.