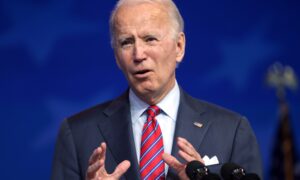 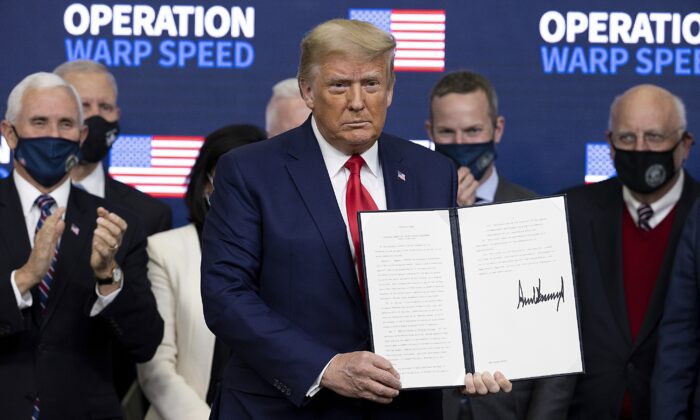 The order ensures the U.S. government prioritizes distributing and administering the vaccines to American citizens before sending them to other nations, Trump said at a vaccine summit at the White House. If necessary, the president will invoke the Defense Production Act.

The Food and Drug Administration (FDA) is expected to approve Pfizer’s COVID-19 vaccine as soon as this week. Approval for one created by Moderna could come as soon as Dec. 17.

Both Pfizer and Moderna are based in the United States.

Trump called the development of vaccines “a monumental national achievement,” noting that most vaccines take five years or longer to develop.

“We’re just days away from authorization from the FDA—and we’re pushing them hard—at which point we will immediately begin mass distribution,” he said.

The White House said in a fact sheet that doses will be shipped within 48 hours of FDA emergency approval.

Through a program called Operation Warp Speed, the Trump administration provided $14 billion to speed vaccine development and kickstart manufacturing of the vaccine candidates before approval of them.

U.S. officials believe 20 million Americans will be vaccinated this month and tens of millions more early next year.

“Every American who wants the vaccine will be able to get the vaccine,” Trump said.

He said the vaccines “will end the pandemic.”

The ultimate decision on who gets the first doses rests with governors, Trump said on Tuesday. His administration is encouraging them to prioritize seniors and people who work with seniors.