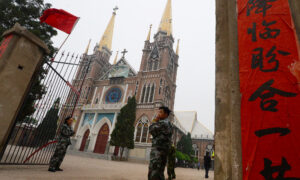 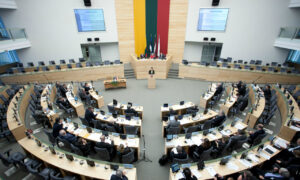 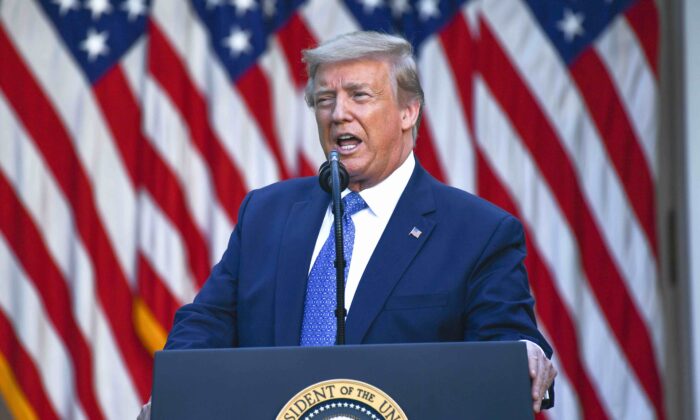 President Donald Trump delivers remarks in front of the media in the Rose Garden of the White House in Washington, on June 1, 2020. (Brendan Smialowski/AFP via Getty Images)
US News

Within six months of the date of the order, the secretary of state, together with the administrator of the U.S. Agency for International Development (USAID), is to “develop a plan to prioritize international religious freedom in the planning and implementation of United States foreign policy and in the foreign assistance programs of the Department of State and USAID.”

The Treasury Department may also consider sanctions on individuals involved in religious persecution by implementing the Global Magnitsky Human Rights Accountability Act, among other things. The law empowers the U.S. government to place visa bans and block the assets of human rights abusers and corrupt officials around the world.

Eighty percent of the world’s population lives in countries where religious liberty is threatened or banned.

In September 2019, Trump called on countries to end religious persecution around the world at the United Nations General Assembly (UNGA) in New York. He was the first leader to initiate such a discussion at the UNGA high-level meetings.

“I am encouraged that the Executive Order emphasizes that religious freedom is not just a nice-to-have human right. It explicitly states as U.S. policy that ‘religious freedom, America’s first freedom, is a moral and national security imperative,’” he stated in an email.

China has been a growing concern for Washington. USCIRF Commissioner Gary L. Bauer told The Epoch Times that the long list of religious violations and the Chinese regime’s growing hostility toward religion have made China the world’s “worst abuser of religious liberty.”

“China has declared war on all religious faith,” he said, adding that the regime has become “an international threat.”

The Chinese regime has been consistently designated by the U.S. State Department as a “country of particular concern” for its poor record on religious freedom since 1999.

Religious groups of all kinds are under attack in China, including Christians, Tibetan Buddhists, Muslims, and adherents of the ancient spiritual discipline Falun Gong. They suffer from systematic arrest, unlawful imprisonment, torture, and brainwashing. According to researchers, the government is using various methods of persecution, which include forced organ harvesting from prisoners of conscience.

Beijing has built detention camps to detain an estimated 1 million Uyghur and other ethnic minority Muslims in the far western Xinjiang region. Elsewhere, the demolition of underground churches and other houses of worship continues.

The USCIRF report also states that thousands of Falun Gong practitioners were arrested in 2019 for refusing to give up their beliefs or for distributing literature related to the practice.

“We are encouraged to see that American diplomacy with countries of particular concern such as China will be subject to the provisions of this new executive order such as implementing the Global Magnitsky Human Rights Accountability Act,” Falun Dafa Information Center spokesperson Erping Zhang said in an email.

“Beijing is continuing its policy of suppression against Falun Gong practitioners and we hope to see justice served to those perpetrators by the international communities.”

Religious freedom in China has further eroded as the Chinese Communist Party (CCP) seeks to export suppression internationally, according to the USCIRF report.

Facial recognition technology, which the CCP has relied on to build a mass surveillance state, has also proliferated in more than 100 countries and, in some cases, served as a tool for targeting political dissidents, the report noted.

The pandemic didn’t stop the oppression carried out by the regime, according to Ambassador-at-Large for International Religious Freedom Sam Brownback.

“Even during the strictest parts of the lockdown, the Chinese Government was conducting a campaign to send a million police to 10 million homes in Tibet to further restrict the Tibetans and Tibetan Buddhism, even during the pandemic,” he said at a State Department briefing on May 14.

“And then also we’re seeing in the Uyghur Muslim community they’re facing an increase of vulnerabilities as they’re being forced to work despite coronavirus risk, and they’re being further exposed.”