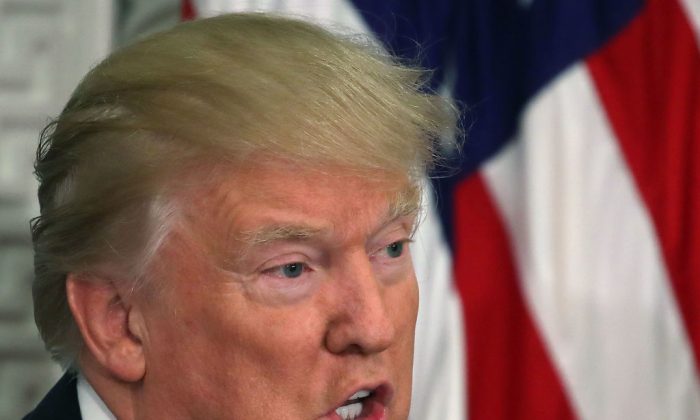 The shutdown of the program is the first time in the six-year conflict that the United States has shifted focus away from removing President Bashar al-Assad, a priority former President Barack Obama established in 2011.

The operation, codenamed Timber Sycamore, has sent up to $1 billion worth of weapons annually to rebels in Syria since 2013. Officials have long doubted the effectiveness of the program. In 2015, the House Intelligence Committee voted unanimously to reduce its funding by 20 percent.

According to the Washington Post, Trump decided to scrap the program last month after a meeting with CIA Director Mike Pompeo and national security adviser H.R. McMaster.

The move is consistent with Trump’s campaign promise to wind down the war in Syria by focusing on destroying the ISIS terrorist group instead of removing Assad. U.S. Ambassador to the United Nation Nikki Haley and Secretary of State Rex Tillerson both spoke of this shift in priorities in March.

“You pick and choose your battles and when we’re looking at this, it’s about changing up priorities and our priority is no longer to sit there and focus on getting Assad out,” Haley said.

“I think the longer term status of President Assad will be decided by the Syrian people,” Tillerson said in March, according to AFP.

Timber Sycamore is similar to Operation Cyclone, a secretive 1980s U.S. program that supplied massive aid to jihadist fighters in Afghanistan. Analysts have long pointed out that Operation Cyclone led to a global rise in Islamic terrorism, the creation of al-Qaeda, and the 9/11 terrorist attacks.

The shutdown of Timber Sycamore comes on the heels of a ceasefire in southwest Syria that Trump secured in his meeting with Russian President Vladimir Putin during the G-20 summit.