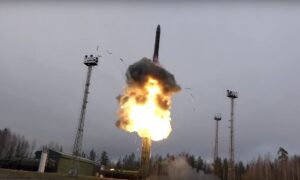 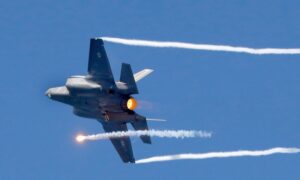 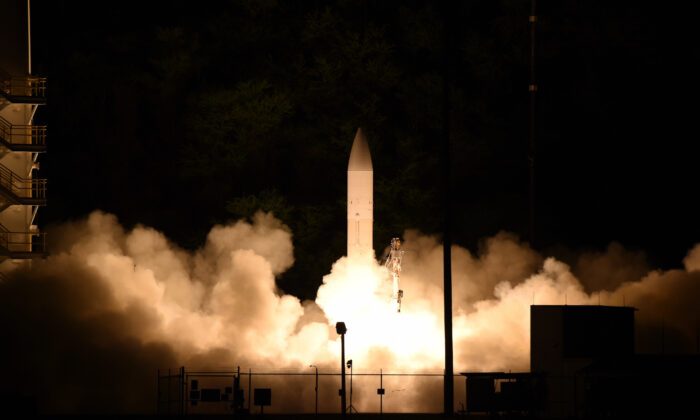 Trump Shores Up Industrial Base for Hypersonic Missiles

Hypersonic missiles are one of the flagship new defense technologies being rapidly developed by the U.S. military as it revamps to face an era of renewed great power competition with Russia and China.

The need breed of missiles are fast and maneuverable and must withstand sustained high temperatures as they either skip along the upper edge of the atmosphere or power through the thinner upper atmosphere driven by scram-jets.

The White House on June 24 announced that the president had invoked the Defense Production Act, which can be used to compel companies to manufacture certain materials for the sake of national security.

“Without presidential action under section 303 of the act, United States industry cannot reasonably be expected to provide the production capability for ultra-high and high-temperature composites for hypersonic, strategic missile, and space launch systems adequately and in a timely manner,” said the White House in a statement.

“Further, purchases, purchase commitments, or other action pursuant to section 303 of the Act are the most cost-effective, expedient, and practical alternative method for meeting the need for this critical capability.”

Creating more longer-reaching missiles is a key priority for the Pentagon, as it tries to counter the arsenal of long-range missiles an anti-air defenses amassed in recent years by China and Russia, while the United States was mired in the war on terror.

Among the long-range missile systems being developed—which include the adaptation of missiles blunted by the now-defunct INF Treaty—are hypersonic missiles.

The term hypersonic technically means anything going over five times the speed of sound.

But speed isn’t the real party trick of hypersonic missiles. Some intercontinental ballistic missiles are a just as fast in their final descent.

Most importantly, hypersonics are unpredictable, slipping past the digital eyes of military tech that watch for ballistic haymakers swinging out into space, not for glide vehicles skipping along the edge of the atmosphere.

The Pentagon is ramping up hypersonics development, with the first missile expected to be fielded by 2023.

Last year, the Pentagon requested $2.6 billion for all hypersonic-related research. This year, it increased the budget request to $3.2 billion.

Russia and China have recently developed hypersonic weapons that they claim are ready for use.

At the end of 2019, Russia’s ministry of defense said it had put its first regiment of Mach 27 Avangard hypersonic missiles into service, as Putin claimed the West and other nations were “playing catch-up.”

Top DoD officials in recent months have agreed with Putin’s assessment, saying that the United States is now lagging behind in a field where it once led the pack.