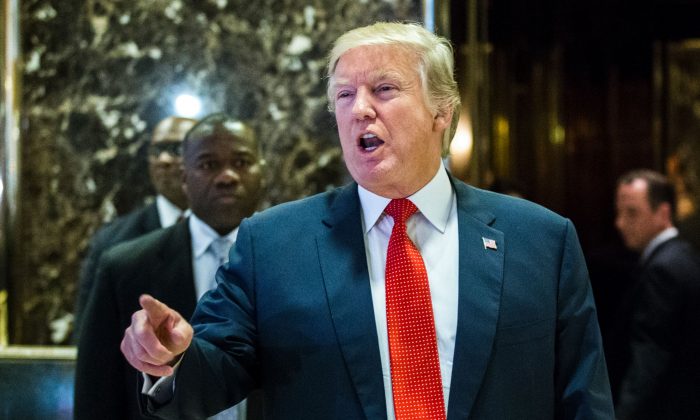 NEW YORK—Donald Trump has met with Exxon Mobil CEO Rex Tillerson as the incoming president considers his options for secretary of state.

Tillerson’s meeting Saturday was described by a person familiar with the private gathering who was not authorized to discuss it.