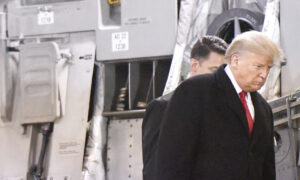 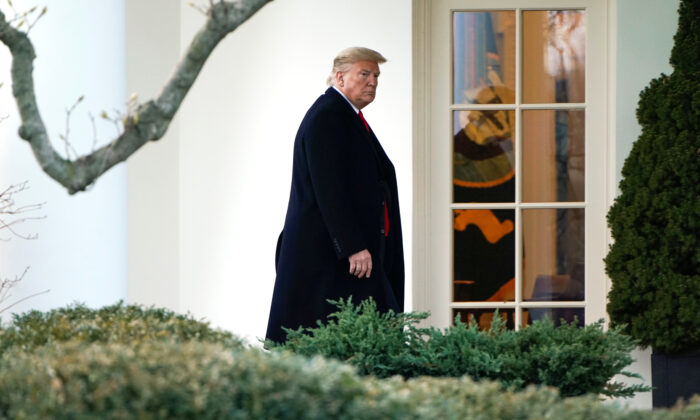 President Donald Trump walks to the Oval Office as he returns from a day trip from North Carolina at the White House in Washington, on Feb. 7, 2020. (Joshua Roberts/Reuters)
Politics

President Donald Trump is proposing a $900 million increase in education spending to teach skills and trades, in what would be a historic federal infusion into a spending area that’s been stagnant for years.

The announcement Monday follows Trump’s State of the Union push for career and technical education and is in line with increasing emphasis on the idea that there should be stronger career paths for students as alternatives to a four-year degree.

“It’s maybe the largest investment in CTE ever,” Education Secretary Betsy DeVos said during a briefing to education groups after the administration released its budget proposal.

The spending increase is proposed in an Education Department that Trump is once again seeking to cut overall, this time by 8 percent. Trump has signed previous budgets that ignored his education cut proposals, with Congress instead increasing funding.

Of the money, $680 million would flow through states to local schools and colleges through what’s called the Perkins program, named after longtime Kentucky congressman Carl Perkins. Career-technical advocates have long argued that spending on the grant program isn’t keeping up with rising costs. Jarrod Nagurka of the Association for Career and Technical Education said it would cost $400 million just to catch up with inflation over the past 15 years.

“It not only closes the gap, but it actually allows new investment,” Green said in a telephone interview Monday. She said that career-technical education increases could win Democratic backing as “one of those things that have gotten bipartisan support.”

In states like Mississippi, an increase in funding could help update instruction, said Aimee Brown, the state’s CTE director.

“We’d be able to replace outdated equipment in some of our CTE centers that hasn’t been updated in 10 or 15 years,” she said.

Brown said new money also could aid a shift toward higher-demand career sectors, as called for under the 2018 renewal of the Perkins law, and help more high schools create career academies. Such academies are meant to more closely link academic and career instruction on one campus instead of having students take academic and technical courses that might not be closely linked and might be on separate campuses. Now, Brown said, districts seeking to make that shift have to rely on local tax dollars and grants.

Trump’s plan also calls for a sharp increase in funding for a competitive grant program for new and innovative programs, and seeks to increase fees on immigrants seeking workplace visas, funneling some to higher career-technical spending.

The education budget proposes a number of other changes:

—The document would roll up dozens of current federal aid programs into one $19.4 billion block grant that would go to states and local school districts. The largest of those is the Title I program, which provides $16.3 billion in funding to high-poverty students and schools nationwide. But the block grants would include many other programs, including aid to after-school programs and charter schools.

Overall support would be cut by about $4 billion over the current level. DeVos said the change would follow the spirit of the federal Every Student Succeeds Act by handing power back to the states, reducing federal intrusion and the amount of effort required to report on how federal dollars are spent.

— The budget again seeks to create “Education Freedom Scholarships” by diverting $5 billion in federal tax revenue. That money would be funneled to scholarship granting groups in states, in a setup that now largely allows for vouchers to private and parochial schools.

The educational freedom plan is backed heavily by DeVos, but most traditional public school groups broadly oppose it. American Federation of Teachers President Randi Weingarten called it a “scheme to funnel taxpayer money out of public schools and into private schools.”

— Trump also seeks an increase of $100 million in funding for the Individuals with Disabilities Education Act and increases for historically black colleges and universities and other colleges that serve minority groups.