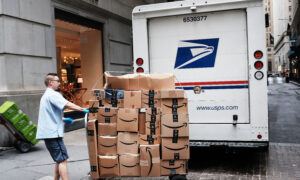 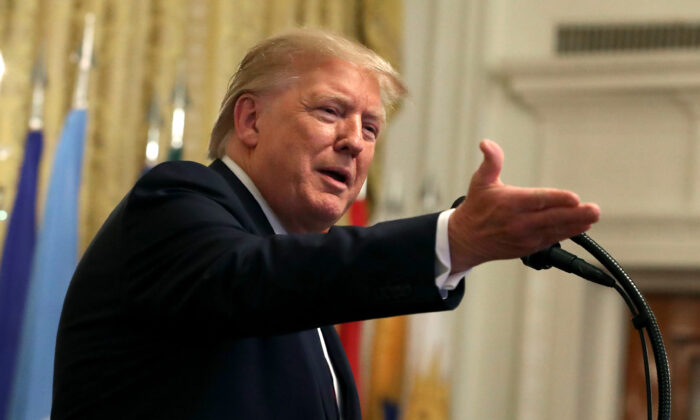 President Donald Trump on Sept. 30 said the U.S. is “winning” the trade war with China, one day ahead of China’s “National Day,” when the Chinese communist regime celebrates the 70th anniversary of its takeover.

Trump, in a tweet, quoted Johnathan Ward, an analyst on U.S. national strategy to China and the founder of Atlas Foundation, a Washington and New York-based consultancy: “After many years, the United States is finally waking up to Beijing’s plans and ambitions to pass us as the dominant economic [and] military superpower in the 21st Century.”

“After many years, the United States is finally waking up to Beijing’s plans and ambitions to pass us as the dominant economic & military superpower in the 21st Century. What’s happening now is that the U.S. is finally responding (thank you President Trump). This is taking…..

“We are winning, and we will win,” Trump added, and ended the tweet by wishing China a “Happy Birthday.”

He also said that China “should not have broken the deal.”

The tit-for-tat trade war between the world’s two largest economies has continued for over a year, with both parties imposing retaliatory taxes on billions of dollars worth of goods.

….place in TRADE, it’s taking shape in Military Competition.” Johnathan Ward, author and China expert. We are winning, and we will win. They should not have broken the deal we had with them. Happy Birthday China!

The trade talks stalled in May after Beijing backtracked on commitments negotiated over months of talks, but have since resumed after an agreement between Trump and Chinese leader Xi Jinping during the G-20 Summit in June.

In a news conference in Beijing on Sept. 29, China’s Minister of Commerce Zhong Shan said that the Vice Premier Liu He will travel to Washington after the national holiday for the 13th round of negotiations. The talks are scheduled for Oct. 10-11.

He added that the vice ministerial-level talks that took place earlier in the month were “constructive.”

During the United Nations General Assembly last week,Trump defended his trade policies, saying the “massive tariffs” on over $500 billion worth of Chinese imports were placed to discourage Beijing’s unfair trade practices.

The trade war has taken a toll on China’s economy and waned investor confidence.

Growth in China’s industrial production in August fell to its weakest in 17-and-a-half years while exports tumbled amid spreading pain from the trade war and softening domestic demand.

The People’s Bank of China in early September cut the reserve requirement ratio for the third time this year, to free up funds for loans and stimulate the economy.

Although manufacturing activity rebounded in September, analysts say the figures are unlikely to indicate an end to the slowdown in the industrial sector.

China’s foreign ministry spokesperson in a news conference on Sept. 30 urged the two sides to meet “halfway” on a solution to the trade disputes.

“China is doing very poorly while the USA, under your favorite President’s leadership, continues to soar to new heights,” Trump said in an earlier tweet on Monday.

“We have just begun!” he added.