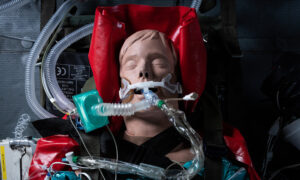 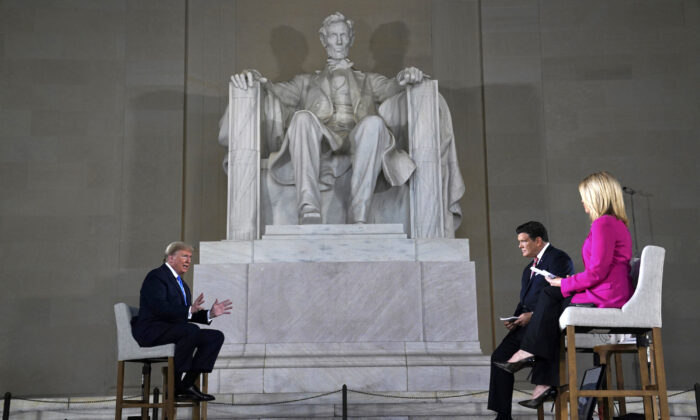 President Donald Trump speaks during a Fox News virtual town hall from the Lincoln Memorial, in Washington, on May 3, 2020. (AP Photo/Evan Vucci)
AMERICA

Trump Says as Many as 100,000 Americans Could Die in Pandemic

President Donald Trump said COVID-19, the disease caused by the CCP virus, could claim as many as 100,000 American lives.

Trump, speaking at a virtual “town hall” televised by Fox News on May 3, lamented his revised expected death count.

The numbers are an upward revision from earlier estimates.

“I used to say 65,000,” Trump said, adding that the death toll would be much higher if not for the mitigation and containment measures adopted by his administration.

“We were starting to see some turnaround, some flattening, and some coming down,” Fauci said of infection and death counts nationwide.

While highlighting that the economic restart of the nation would need to be done safely, Trump struck a note of urgency at the town hall on May 3. “We have to open our country,” he said.

“We have to get it back open safely, but as quickly as possible.”

Trump also took questions from viewers, including one who asked what he tells his children and grandchildren about COVID-19.