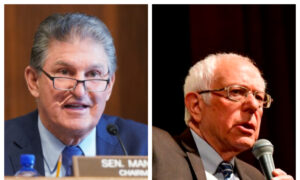 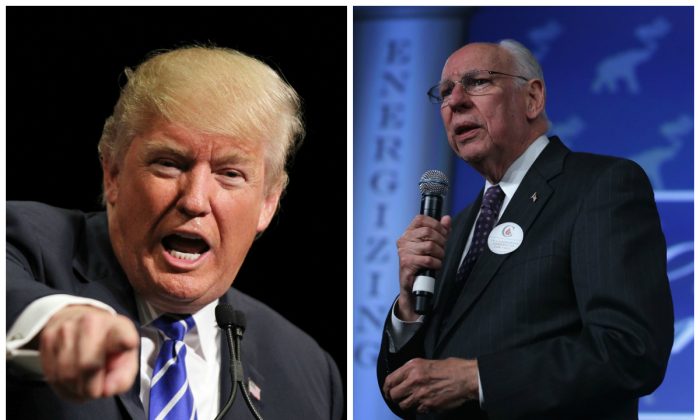 Speaking with Fox News via telephone on May 3, Trump notes that Senator Ted Cruz’s father, Pastor Rafael B. Cruz, was pictured with Lee Harvey Oswald “shortly” before Kennedy’s death.

The magazine claims to have obtained a photo that shows the senior Cruz distributing pro-Fidel Castro leaflets with Oswald in New Orleans, Louisiana, three months before JFK’s 1963 assassination.

Trump repeated and gave credence to allegations made by the National Enquirer in their April 20 issue.

Related Coverage
Ted Cruz Confronts Trump Supporters in Indiana: Trump ‘Is Playing You for a Chump’

“Top D.C. insiders” confirmed to the National Enquirer the man in their photographs is indeed Ted Cruz’s father.

“This is another garbage story in a tabloid full of garbage,” said Alice Stewart, communications director for the junior Cruz’s presidential campaign, to The Miami Herald. “It’s embarrassing that anyone would enable Trump to discuss this.”

At a campaign event in Indiana, Cruz responded sarcastically to the claims: “Yes, my dad killed JFK, he is secretly Elvis, and Jimmy Hoffa is buried in his backyard.”

Rafael Cruz—a Cuban-born Canadian-American Evangelical preacher—became a topic of conversation when Fox News played an April 25 clip of the pastor speaking in support of his son.

“I am convinced that man is my son, Ted Cruz. The alternative could be the destruction of America,” said Rafael when speaking to the American Family Association of Indiana.