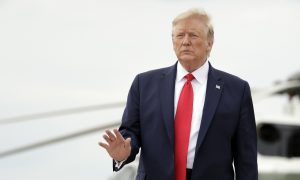 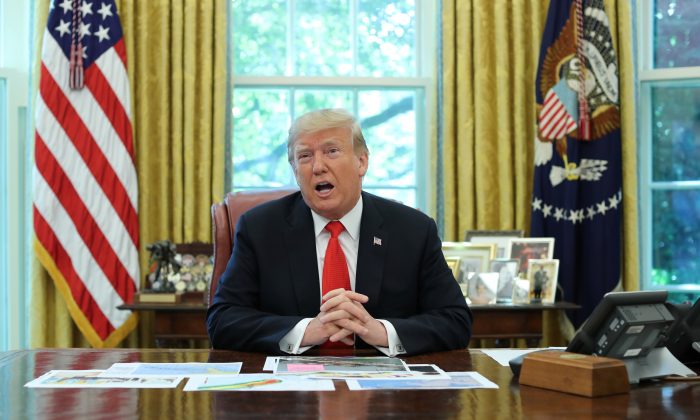 “As far as I’m concerned, they are dead,” Trump told White House reporters on Monday, Sept. 9.

Over the weekend, the president canceled the secret meeting, which was set to host Afghan President Ashraf Ghani and Taliban leaders.

“They thought that they had to kill people to put themselves in a little better negotiating position,” Trump told reporters, calling the attack “a big mistake.”

Trump mentioned that an American soldier from Puerto Rico, U.S. Army Sergeant 1st Class Elis A. Barreto Ortiz, died, adding that the United States hit the Taliban “hard” over the past four days.

In last week’s incident, the terrorist group launched a suicide attack that killed Ortiz and more than 10 others in Kabul on Sept. 5.

Trump made Monday’s remarks to reporters as he departed the White House to board Marine One for a rally in North Carolina.

“I took my own advice. I liked the idea of meeting. I’ve met with a lot of bad people and a lot of good people over the course of the last three years. I think that meeting is a great thing,” Trump also said. “Otherwise, wars would never end.”

“We had a meeting scheduled. It was my idea, and it was my idea to terminate it,” Trump said. “I didn’t discuss it with anybody else. When I heard very simply that they killed one of our soldiers and 12 other innocent people, I said there’s no way I’m meeting,” Trump added, calling it a “mistake.”

Trump also said that following the attack, Taliban leaders in Afghanistan said they “made a big mistake.”

Meanwhile, on Sunday, Secretary of State Mike Pompeo said the president ultimately made the decision to talk to Ghani and Taliban negotiators.

“President Trump ultimately made the decision,” Pompeo said, according to Reuters. “He said, ‘I want to talk to (President) Ashraf Ghani. I want to talk to these Taliban negotiators. I want to look them in the eye. I want to see if we can get to the final outcome we needed.’”

Pompeo said the United States won’t relent until the Taliban is serious about peace.

“If the Taliban don’t behave, if they don’t deliver on the commitments that they’ve made to us now for weeks, and in some cases months, the president is not going to reduce the pressure, we’re not going to reduce our support for the Afghan security forces that have fought so hard there in Afghanistan,” Pompeo said, according to the news agency.