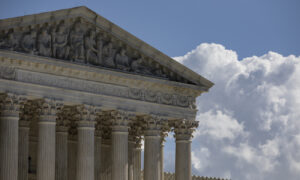 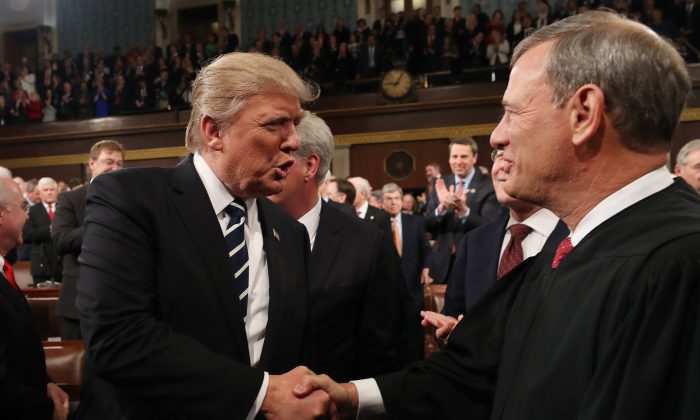 “The U.S. Supreme Court has been totally incompetent and weak on the massive Election Fraud that took place in the 2020 Presidential Election,” he wrote in a Twitter post on Dec. 26.

“We have absolute PROOF, but they don’t want to see it—No ‘standing’, they say. If we have corrupt elections, we have no country!”

The Supreme Court didn’t respond to a request for comment by press time.

Recently, several moves made by America’s highest court have frustrated the president and his allies.

The Supreme Court—with five conservative justices, three of them appointed by Trump—rejected Texas’s bid to challenge the 2020 election results in four battleground states.

In a Dec. 11 order, the justices denied Texas’s request to sue Pennsylvania, Georgia, Michigan, and Wisconsin, saying the Lone Star State lacked legal standing to sue under the Constitution because it hasn’t shown a valid interest to intervene in how other states handle their elections.

The case had been regarded by the Trump campaign and some Republicans as a case with big potential.

“The Supreme Court really let us down. No Wisdom, No Courage!” Trump wrote on Twitter on Dec. 12.

In another election-related case, the court set a deadline two days after the presidential inauguration day.

The Trump campaign filed the suit on Dec. 21, challenging three Pennsylvania Supreme Court rulings that “illegally changed” the mail-in-ballot laws “immediately before and after the 2020 presidential election.” Trump’s legal team argued that those court decisions were issued in violation of Article II of the Constitution and the U.S. Supreme Court ruling, Bush v. Gore, that settled a recount dispute from Florida in 2000.

Along with the petition for a writ of certiorari, the legal team filed a request to the court to expedite the case, requesting the nation’s top court to order Pennsylvania officials to respond by noon on Dec. 23.

However, the Supreme Court docketed the case on Dec. 23 without immediately acting on the request to expedite the case. Instead, the docket shows a Jan. 22 deadline for Pennsylvania to respond to the petition, two days after Inauguration Day.

The Trump campaign has over the past seven weeks provided evidence alleging voting irregularities and fraud, including effective Republican poll-watching blocked by election officials, votes being cast in the names of deceased persons, and election-related rules being changed bypassing state legislatures.

Due to the courts mostly failing to address alleged election fraud, the president urged Americans to “stop the theft of the presidential election” in a video message to the nation on Dec. 22.

“Americans must be able to have complete faith in the confidence of their elections. The fate of our democracy depends upon it,” he said. “Now is the time for the American people to raise their voices and demand that this injustice be immediately corrected. Our elections must be fair, they must be honest, they must be transparent, and they must be 100 percent free of fraud.”

The president also encouraged his supporters to join a rally to be held in the District of Columbia on Jan. 6, the same day Congress will assemble to count and certify the electoral votes.

Women for America First, a pro-Trump group, is seeking a permit for a Jan. 6 gathering at Freedom Plaza and Lincoln Memorial, WTOP reported.

Janita Kan and Mimi Nguyen Ly contributed to the report.