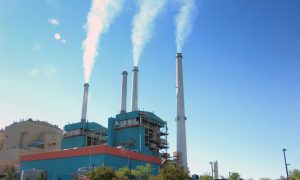 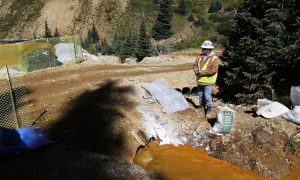 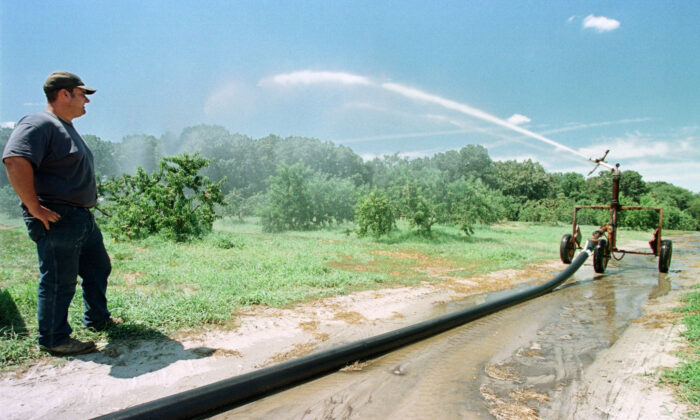 John Rigolizzo, a third-generation farmer of the 5R Farm in Berlin, N.J., watches an irrigation sprayer at work on the farm's peach orchard on Aug. 3, 1999. (Tom Mihalek/AFP via Getty Images)
Trump Presidency

President Donald Trump on Jan. 19 announced that the White House has finalized plans to repeal an Obama-era regulation that expanded pollution protections for waterways such as wetlands and shallow streams, but that farmers, miners, and manufacturers have decried as overreach.

Speaking at the annual American Farm Bureau Federation convention in Austin, Texas, on Jan. 19, the president said his administration has planned a major rollback on the scope of waters that must comply with Environmental Protection Agency (EPA) guidelines.

“I am proud to announce that I am taking yet another step to protect the water rights of American farmers and ranchers,” Trump told the crowd. He said the finalized rules will be complete in a few days.

“I am directing the Corps of Engineers to immediately withdraw the proposed rule … and allow states to manage their water resources based on their own needs and based on what their farmers and ranchers want,” he said.

The move to repeal the 2015 Waters of the United States rule, known as WOTUS, is part of a broader effort by the president to roll back environmental regulations and boost industry.

The White House stated in a release that repealing the “previous administration’s overreaching regulations” will provide relief to farmers. It also believes the move could swing the farm vote in Trump’s favor ahead of the upcoming presidential election, The Hill reported.

Branding WOTUS as “ridiculous” and “disastrous,” Trump said it was a rule that “basically took your property away from you.”

Environmental groups, however, have called the move “shameful and dangerous.”

“Local issues are local issues. You need your local governments to be able to deal with those on their basis rather than have somebody in Washington formulating a one-size-fits-all plan that supposedly works across the country. It doesn’t work that way,” said vice president of the American Farm Bureau Federation, Scott VanderWal, reported KXAN.

Trump’s announcement came as he saw a surge of approval among farmers in the Corn Belt following the signing of a trade agreement with China last week, a move that, if China keeps its promise, will lead to major purchases of U.S. agricultural products.

According to a January Farm Journal Pulse Poll, the president’s overall job approval increased by 1 point to 83 percent of the 1,286 respondents—farmers and ranchers—while the strongly approve category jumped 3 percentage points.

Pro Farmer policy analyst Jim Wiesemeyer said this marked Trump’s highest overall approval ratings to date. “That says the president’s approval is rock-solid. With the recent upbeat news on USMCA and the Phase 1 accord with China, the ratings will likely remain firm ahead,” he said, AGweb reported.

The phase one trade deal with China was meant to reduce tensions after 18 months of a tit-for-tat tariff war between the world’s two largest economies, which has stunted global growth.

Trump told the farmers: “The deal is enforceable—very, very powerfully enforceable. In fact, it was probably the thing that we negotiated the most. And rest assured, we will vigorously enforce its terms.”