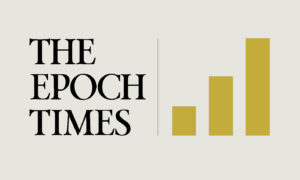 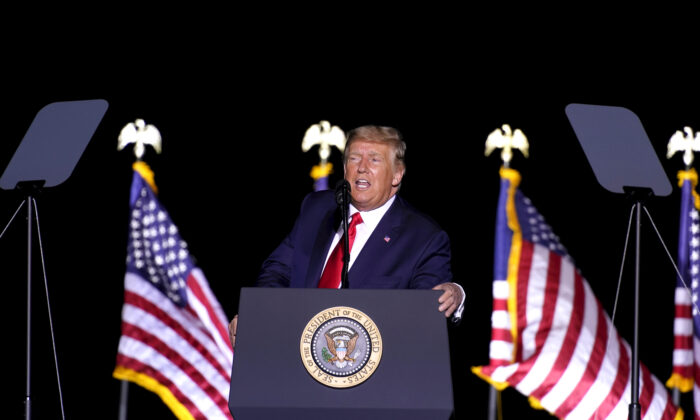 President Donald Trump said that in his view, election polls that were published by the media ahead of the 2016 election were “suppression polls.”

“You know, in my opinion, the polls, they’re suppression polls,” Trump said during a “Great American Comeback” event on Sept. 12 in Minden, Nevada.

“Fortunately, four years ago, we weren’t discouraged, because if we were to believe the polls, nobody would have voted. The concept is, really make people feel so that on Election [Day], they go … ‘Let’s go out to dinner, then we’ll come home. Let’s not bother voting.’

“But my people don’t get suppressed. My people go out and vote. There’s no suppression. Phony polls.”

According to a poll published by the New York Times on Sept. 12, Democratic presidential nominee Joe Biden is currently ahead in approval ratings in the state by 4 percentage points. Nevada is being closely watched in 2020, as Trump only narrowly lost the Silver State to Hilary Clinton in 2016.

The president spoke for more than an hour to thousands of supporters gathered at Minden airport, contrasting his “Keep America Great” policies to that of his opponent, Biden.

“I’ve spent the last four years bringing our jobs back to America, securing our borders, rebuilding our military, and standing up to China like never before.

“Nobody’s done to China what I did. Look, tens of billions of dollars of tariffs we took in. I gave $28 billion to farmers; they’re doing very well,” he said.

The president also said that the 2020 election “is a more important election than four years ago.”

“I’ll tell you,” he said, “because at no time before has there been a clearer choice between two parties or two visions, two philosophies, two agendas for the future.

Trump is scheduled on Sunday to visit Treasure Island Hotel & Casino in Las Vegas at 10 a.m. for a roundtable with “Latinos for Trump,” and continue on to Henderson for an “Great American Comeback” speech around 7 p.m. at Xtreme Manufacturing.

The Henderson event will have limited access due to COVID-19 restrictions.