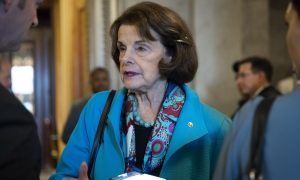 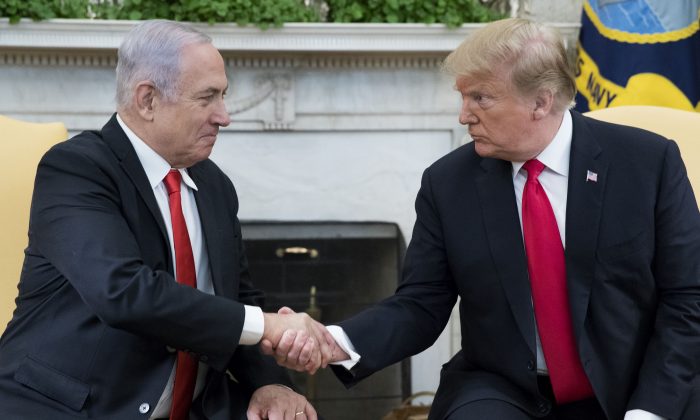 In the wake of reports that some U.S. officials believe Israel had placed surveillance devices around Washington, President Donald Trump has said he does not believe the United States is the target of Israeli espionage.

“I don’t think the Israelis are spying on us,” Trump told reporters on the South Lawn of the White House on Thursday, Sept. 12. “I really would find that hard to believe.”

Citing three former senior U.S. officials with alleged knowledge of the matter, Politico reported that miniature surveillance devices, colloquially known as “StingRays,” had been discovered in sensitive locations around Washington, including near the White House. The officials were cited in the report as saying they believed the devices were most likely linked to the Israelis.

Israel has denied the report, with the country’s Prime Minister calling the allegations a “blatant lie.”

“There is a longstanding commitment, and a directive from the Israeli government not to engage in any intelligence operations in the U.S.,” the office of Israeli Prime Minister Benjamin Netanyahu said, according to the BBC.

“My relationship with Israel has been great,” Trump said. “You look at Golan Heights. You look at Jerusalem—with moving the embassy to Jerusalem becoming the capital. You look at even the Iran deal—what’s happened with Iran. Iran is a much different country right now than it was two and a half years ago.”

The president added that while “anything is possible,” he did not believe claims that Israeli intelligence was behind the spying.

The use of what are known as cellphone-site simulators by foreign powers has long been a concern, but American intelligence and law enforcement agencies—which use such eavesdropping equipment themselves—have been silent on the issue until last year.

In a March 26 letter to Oregon Sen. Ron Wyden, the Department of Homeland Security acknowledged that last year it identified suspected unauthorized cell-site simulators in the nation’s capital. The agency said it had not determined the type of devices in use or who might have been operating them. Nor did it say how many it detected or where.

The devices work by tricking mobile devices into locking onto them instead of legitimate cell towers, revealing the exact location of a particular cellphone. More sophisticated versions can eavesdrop on calls by forcing phones to step down to older, unencrypted 2G wireless technology. Some attempt to plant malware.

Aaron Turner, president of the mobile security consultancy Integricell, told The Associated Press that like other major world capitals, Washington is awash in unauthorized interception devices. Foreign embassies have free rein because they are on sovereign soil.

Every embassy “worth their salt” has a cell tower simulator installed, Turner said. They use them “to track interesting people that come toward their embassies.” The Russians’ equipment is so powerful it can track targets a mile away, he said.

Shutting down rogue Stingrays is an expensive proposition that would require wireless network upgrades the industry has been loath to pay for, security experts say. It could also lead to conflict with U.S. intelligence and law enforcement.

Thousands of members of the military, the NSA, the CIA, the FBI and the rest of the national-security apparatus live and work in the Washington area.

The surveillance-savvy among them encrypt their phone and data communications and employ electronic countermeasures.

Members of an unsuspecting public are more vulnerable.