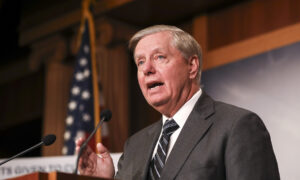 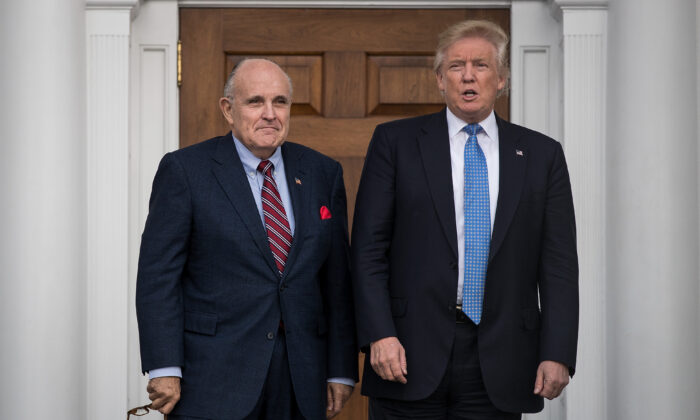 Trump Says He Didn’t ‘Direct’ Giuliani to Go to Ukraine

Trump was asked what Giuliani was doing in Ukraine.

“You have to ask that to Rudy. … I don’t even know. I know he was going to go to Ukraine, and I think he canceled a trip, but you know Rudy has other clients other than me. He’s done a lot of work in Ukraine over the years,” he said.

Giuliani told USA Today that Trump never told him to go to Ukraine.

“He never did and I never did,” Giuliani said. “I never went to Ukraine and I was always seeking evidence to defend him against false charges in my role as his lawyer.”

Giuliani said his efforts regarding Ukraine started before former Vice President Joe Biden announced he was running for the Democratic presidential nomination and while special counsel Robert Mueller investigated Russian interference in the 2016 election.

“President is correct,” Giuliani said in an email sent to Bloomberg through his lawyer, Robert Costello. “Giuliani never went to Ukraine for any probe. The information he received was given to him in U.S. by Ukrainians while Mueller probe was still ongoing and before Biden was even announced.”

Giuliani said in a tweet last month: “The investigation I conducted concerning 2016 Ukrainian collusion and corruption, was done solely as a defense attorney to defend my client against false charges, that kept changing as one after another were disproven.”

The investigation I conducted concerning 2016 Ukrainian collusion and corruption, was done solely as a defense attorney to defend my client against false charges, that kept changing as one after another were disproven.

O’Reilly during the radio interview asked Trump whether the president would do the call with Ukrainian President Volodymyr Zelensky the same way.

“It was mentioned just as very unimportantly [sic] and, as you know, Joe Biden’s son became rich as soon as Joe Biden became vice president. And in my way of thinking, it is totally corrupt,” Trump said. “It’s criminal what they’ve done and, frankly, that they get away with it is amazing.”

If Biden wins the Democratic nomination, the Trump campaign will hammer him over Hunter Biden’s checkered history, Trump said.