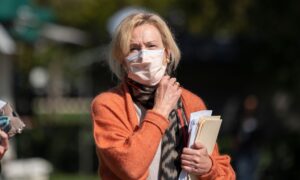 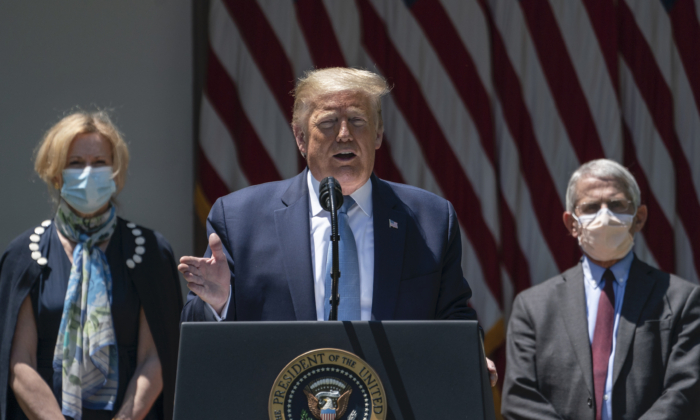 The former president released the scathing six-paragraph statement one day after CNN aired a documentary featuring interviews in which Fauci and Birx criticize the Trump administration’s handling of the COVID-19 pandemic. Birx opined that all of the deaths after the first 100,000 could have been mitigated.

“Based on their interviews, I felt it was time to speak up about Dr. Fauci and Dr. Birx, two self-promoters trying to reinvent history to cover for their bad instincts and faulty recommendations, which I fortunately almost always overturned,” Trump said. “They had bad policy decisions that would have left our country open to China and others, closed to reopening our economy, and years away from an approved vaccine—putting millions of lives at risk.”

Trump is not the only one calling out Birx and Fauci over the statements in the CNN program. In an interview on Stephen Bannon’s War Room Pandemic earlier on Monday, former White House Chief of Staff Mark Meadows called on Birx to walk back her statements and said he doubted Fauci’s rationale for recommending against masks during the early stages of the pandemic.

“What we heard on the CNN report was rhetoric we never heard in the West Wing from Deborah Birx or Dr. Fauci,” Meadows told War Room. “For Dr. Birx to say that hundreds of thousands of people’s lives would have been saved if we had done things differently is patently false, not accurate, and was never uttered in the White House.”

Trump had distanced himself from Fauci and Birx after giving them a front-and-center role in the administration’s response to the pandemic of the CCP (Chinese Communist Party) virus, commonly known as the coronavirus. President Joe Biden has retained Fauci as a top pandemic advisor. Birx has moved on to the private sector after resigning amid controversy surrounding her violating her own mitigation advice.

“Dr. Birx is a proven liar with very little credibility left. Many of her recommendations were viewed as ‘pseudo-science,’ and Dr. Fauci would always talk negatively about her and, in fact, would ask not to be in the same room with her,” Trump said.

“The states who followed her lead, like California, had worse outcomes on COVID, and ruined the lives of countless children because they couldn’t go to school, ruined many businesses, and an untold number of Americans who were killed by the lockdowns themselves. Dr. Birx was a terrible medical advisor, which is why I seldom followed her advice.”

The Epoch Times sent requests for comment to the air purifier company where Birx now serves as the chief medical and science advisor, and the National Institute of Allergy and Infectious Diseases, where Fauci serves as the director.

During the interview, Fauci claimed to have initiated an all-out effort to develop a vaccine on Jan. 10, 2020, calling it the best decision he ever made without giving credit to Trump’s Operation Warp Speed, an all-of-government effort credited for helping speed up the development of multiple CCP virus vaccines. Trump accused Fauci of attempting to take credit for the vaccine.

“In a fake interview last night on CNN, Dr. Fauci, who said he was an athlete in college but couldn’t throw a baseball even close to home plate, it was a ‘roller,’ tried to take credit for the vaccine, when in fact he said it would take three to five years, and probably longer, to have it approved. Dr. Fauci was incapable of pressing the FDA to move it through faster. I was the one to get it done, and even the fake news media knows and reports this,” Trump said.