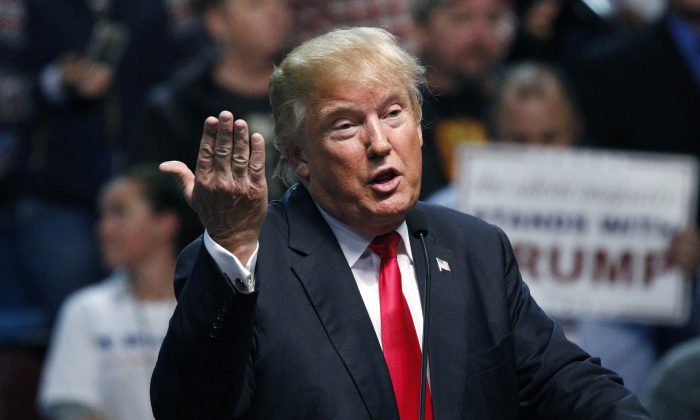 Trump has been extremely critical of the Obama administration’s handling of the war on terror, which has become primarily a war against the Islamic State group, but his newest statement is the furthest he’s gone in tying the administration’s policies to the rise of the terrorist group.

But the broadcaster said “Trump offered no evidence for his claim.”

“He couched his hit in a brief discussion of the Iranian protests outside the Saudi embassy in Tehran, which erupted after Saudi Arabia executed 47 people, including a dissident Shiite cleric,” it said.

Trump said that Iran wants to take over Saudi Arabia to get at the country’s oil.

The Guardian noted that Trump “implied that the Obama administration should have heeded his call for the US to seize oil assets controlled by ISIS but had instead allowed the terror group to prosper.”

Trump said: “I’ve predicted a lot of things, you have to say, including, ‘Get the oil, take the oil, keep the oil.’ Right? I’ve been saying that for three years, and everybody said, ‘Oh, I can’t do that. I mean, this is a sovereign country. There is no country!”

It’s not the first time a Republican presidential candidate has made such a claim. Carly Fiorina and Rick Santorum each said in November that Clinton and Obama were to blame for ISIS.