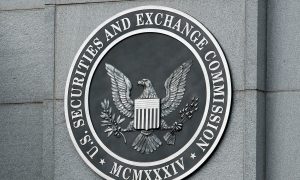 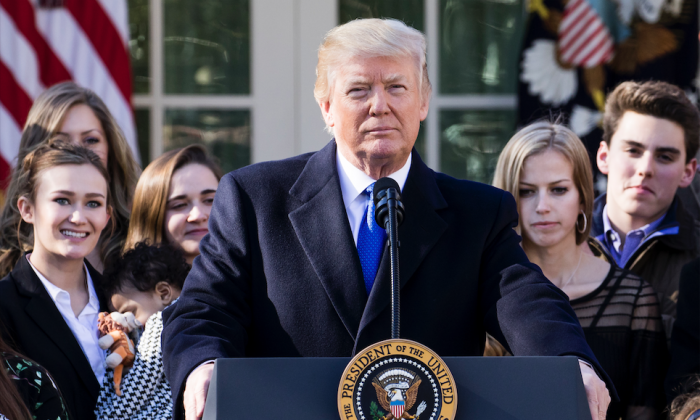 Trump Reveals His Biggest Lesson in Year One

WASHINGTON—President Donald Trump opened up about some of the challenges he faced, especially in transitioning from being a business person to president, during a lunch with several network anchors on Jan. 30.

Prior to his first State of the Union address, the president said he has learned a lot in his first year, and that pure business pragmatism and competitiveness doesn’t quite work when leading a country.

“When you’re a businessperson, you don’t have to worry about your heart, the heart. You really do what’s best for you … for almost purely monetary reasons,” Trump said.

He said issues such as immigration would be easy to solve if looking at it from a purely economic standpoint.

“But I’m not. I’m doing it because millions of people are affected. I put myself in their position,” he said. “So it’s much different, in that way, than I thought it would be.”

He said having a business background is beneficial, but oftentimes “you do things that you would never do in business because you have to also govern with heart.”

“You govern with all of the instincts of a business person, but you have to add much more heart and soul into your decisions,” Trump said.

“I think that’s something that I’ve learned maybe more than anything else.”

Trump is expected to discuss immigration during his State of the Union address, especially the framework he released last week that would give amnesty and citizenship to at least 1.8 million illegal immigrants in exchange for border security and an end to chain migration and the diversity visa lottery.

Democrats have been pushing for an amnesty for the 700,000 recipients of Deferred Action for Childhood Arrivals (DACA) for years, but Senate Minority Leader Sen. Chuck Schumer (D-N.Y.) rejected Trump’s proposal outright, tweeting on Jan. 26 that it would “tear apart our legal immigration system.”

Trump responded on Twitter on Jan. 27, saying, “I have offered DACA a wonderful deal, including a doubling in the number of recipients & a twelve year pathway to citizenship, for two reasons: (1) Because the Republicans want to fix a long time terrible problem. (2) To show that Democrats do not want to solve DACA, only use it!”

I have offered DACA a wonderful deal, including a doubling in the number of recipients & a twelve year pathway to citizenship, for two reasons: (1) Because the Republicans want to fix a long time terrible problem. (2) To show that Democrats do not want to solve DACA, only use it!

Some Democrats said they plan to bring illegal immigrants as their VIP guests to the State of the Union address.

Trump is bringing 15 guests to sit with the first lady, including the parents of two teenage girls who were murdered by a group of illegal immigrant MS-13 gang members on Long Island, New York.