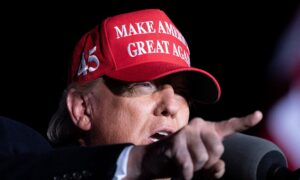 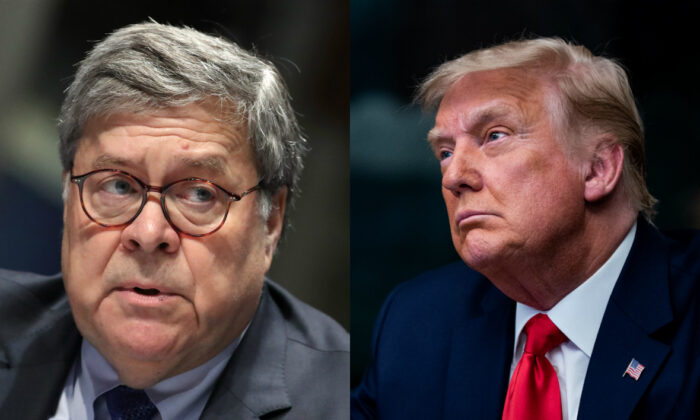 Barr made the remarks in an upcoming book from ABC News reporter Jonathan Karl, who claimed the relationship between Trump and Barr deteriorated last year.

“Bill Barr was a disappointment in every sense of the word,” Trump wrote in a June 27 statement. “Besides which, Barr, who was Attorney General (lawyer) shouldn’t be speaking about the President.”

Trump then characterized Barr as a weak attorney general who didn’t act on key issues.

“Instead of doing his job, he did the opposite and told people within the Justice Department not to investigate the election,” Trump said. “Just like he did with the Mueller report and … RUSSIA RUSSIA RUSSIA, they don’t want to investigate the real facts. Bill Barr’s weakness helped facilitate the cover up of the Crime of the Century, the Rigged 2020 Presidential Election!”

Trump was referring to the unremitting allegations—starting from when he was elected president in 2016—that his campaign colluded with Russia. Former special counsel Robert Mueller found no link between his campaign and the Kremlin, although numerous Democrats and left-wing TV hosts continued to repeat the allegation that he was working for Russian leader Vladimir Putin.

Barr used an expletive to describe Trump’s allegations of voter fraud during the Nov. 3 contest.

“If there was evidence of fraud, I had no motive to suppress it. But my suspicion all the way along was that there was nothing there,” the former attorney general said. “It was all [expletive],” he added.

According to Barr in the excerpts of the book, Senate Republican Leader Mitch McConnell (R-Ky.) had urged Barr to push back against Trump’s remarks about fraud. Ultimately, in late December 2020, Barr resigned, although he touted his record under the administration.

In his June 27 statement, Trump called Barr—who had also been appointed attorney general under then-President George H.W. Bush—a “RINO,” or Republican in name only, who had “really let down the American people.”

“Now it was revealed that Barr was being pushed to tell lies about the election by Mitch McConnell, another beauty, who was worried about damaging the Republicans chances in the Georgia runoff,” the former commander-in-chief said. “What really damaged the Senate Republicans was allowing their races to be rigged and stolen, and worse, the American people to no longer believe their vote matters because spineless RINOs like Bill Barr and Mitch McConnell did nothing.”

The former president also made note of Barr’s resignation letter, in which the former attorney general said he was “greatly honored” to serve in the administration. He also highlighted “the many successes and unprecedented achievements you have delivered for the American people. Your record is all the more historic because you accomplished it in the face of relentless implacable resistance.”