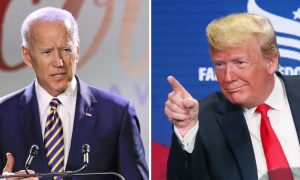 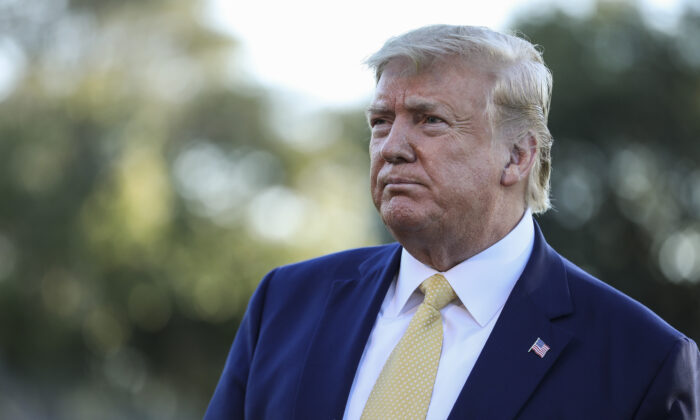 Trump, Republicans Express Concern as Whistleblower Slips Into the Sidelines

The anonymous whistleblower who is at the center of impeachment inquiry is quietly slipping into the sidelines as Democrats say the individual’s testimony is no longer necessary.

Meanwhile, Republicans have raised concerns over the lack of testimony from the whistleblower, saying that the individual’s testimony is required to ensure due process and fairness.

The Washington Post reported on Thursday that several Democrats have said that they no longer need to hear from the whistleblower because they have gathered enough information from recent depositions obtained in secret hearings to back allegations against President Donald Trump.

The report also said, citing a person familiar with the House investigation, that there are no active efforts to bring in the whistleblower before lawmakers.

The whistleblower filed a complaint in August (pdf) accusing the president of pressuring Ukraine to investigate a political opponent during a call in July. The allegations prompted the House to launch an impeachment inquiry on Sept. 24 to probe for any wrongdoing on the part of the president. The Democrat-led inquiry has attracted intense criticism for its process, in particular, its use of secret closed-door hearings and selective leaks of witness testimony.

In an apparent response to the Post report, Trump wrote on Friday that the Democrats no longer want to interview the whistleblower after discovering disparities between the whistleblower’s account of the July call and the content of the call revealed in a transcript released by the White House on Sept. 25.

He added that the impeachment inquiry fell apart after the White House released the transcript of the call. Trump had previously called for the whistleblower to testify before Congress and has also called for his or her identity to be revealed.

On Saturday, Trump wrote on Twitter: “Where’s the Whistleblower?”

White House counselor Kellyanne Conway told reporters on Friday that she believes the whistleblower’s account should be evidenced or challenged.

Earlier this week, Republican lawmakers sent a letter to House Intelligence Committee Adam Schiff (D-Calif.), expressing concern over the lack of plans to obtain public testimony from the whistleblower. In an interview on Oct. 13, Schiff said the whistleblower might not have to testify in an effort to protect the individual’s safety.

“Given that we already have the call record, we don’t need the whistleblower, who wasn’t on the call, to tell us what took place during the call,” Schiff said.

The lawmakers, Reps. Jim Jordan (R-Ohio), Devin Nunes (R-Calif.), and Michael McCaul (R-Texas), accused Schiff of backtracking on his commitment to bring the whistleblower before Congress after revelations that the individual holds “arguable political bias” in favor of a rival political candidate of Trump and had met with Schiff’s staff prior to filing the complaint came into the open.

In the letter, the lawmakers demanded that Schiff schedule a public testimony for the whistleblower in order to address inconsistencies between the whistleblower’s account of the call and the information so far revealed during the secret hearings.

“As the so-called impeachment inquiry gathers information that contradicts the employee’s allegations, we ask that you arrange for the committees to receive public testimony from the employee and all individuals he or she relied upon in formulating the complaint,” the letter stated.

Lawyers representing the whistleblower, Andrew Bakaj and Mark Zaid, argued in an op-ed published on Friday that the identity of their client is no longer relevant to the inquiry as information from new witnesses is being made available to Congress.

“Much of what has been disclosed since the release of our client’s complaint actually exceeds the whistleblower’s knowledge of what transpired at the time the complaint was submitted,” the lawyers said.

According to a Hill-HarrisX poll released on Oct. 8, 51 percent of registered voters said the whistleblower should testify in a public hearing, while 35 percent said the person should testify in private. Meanwhile, only 14 percent said the whistleblower should not testify at all. The poll was conducted online and surveyed 1,000 voters between Oct. 6 and 7. It has a margin of error of plus or minus 3.1 percentage points.