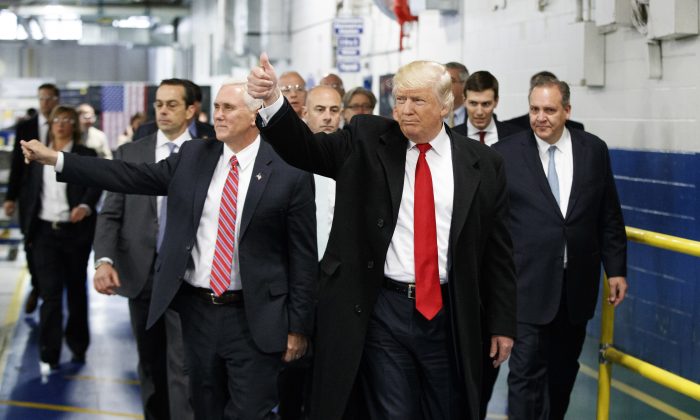 President-elect Donald Trump is renewing his pledge to build a wall along the U.S.-Mexico border during his first extensive public remarks since winning election.

He addressed border security briefly in a Thursday speech at an Indiana air conditioning company.

The incoming president seemed to pull back on his plan to build a wall in an interview soon after the election. He said at the time he would consider a fence in certain areas along the border.

There are currently several hundred miles of border barrier separating the United States and Mexico. Trump promised during the campaign to extend a concrete barrier across the entire 1,954-mile border.