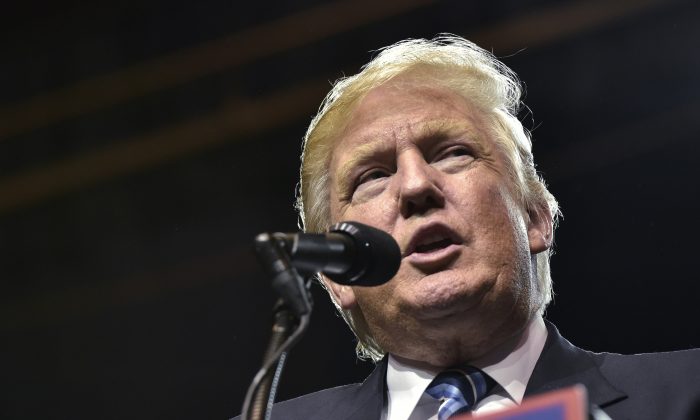 The campaign team of Republican presidential nominee Donald Trump released medical information, on Thursday, in which his doctor described him to be in “excellent physical health.”

Trump’s health summary was released a day after the release of Democratic presidential candidate Hillary Clinton’s second letter from her doctor after she suffered from a bout of pneumonia and nearly fainted at a Sept. 11 memorial event.

Bornstein says Trump has only been hospitalized once in his life, when he was 11-years-old for an appendectomy.

Liver and thyroid function tests conducted on Trump were all within the normal range, Bornstein wrote. His cardiac evaluation, electrocardiogram (EKG) and chest x-ray were also normal. The Republican nominee had a colonoscopy performed in July 2013, which “revealed no polyps.” Polyps can lead to colon cancer, with increased risk for people over the age of 50.

Trump’s family has no history of premature cardiac or neoplastic disease, the letter said, adding that his parents lived into their late 80s and 90s.

The businessman takes a lipid lowering agent (rosuvastatin) and a low dose of aspirin and does not smoke or drink alcohol, Bornstein wrote.

“Mr. Trump is in excellent health, and has the stamina to endure—uninterrupted—the rigors of a punishing and unprecedented presidential campaign and, more importantly, the singularly demanding job of President of the United States,” the campaign said in a statement.

Trump was interviewed for “The Dr. Oz Show,” on Wednesday, a day before the letter from Bornstein was released by the campaign. The candidate went over the letter on the show, which is set to air on Thursday.

I invited both candidates to discuss health on the show – we start today with @RealDonaldTrump#OzPresidentialHealthpic.twitter.com/G5hSjaprpY