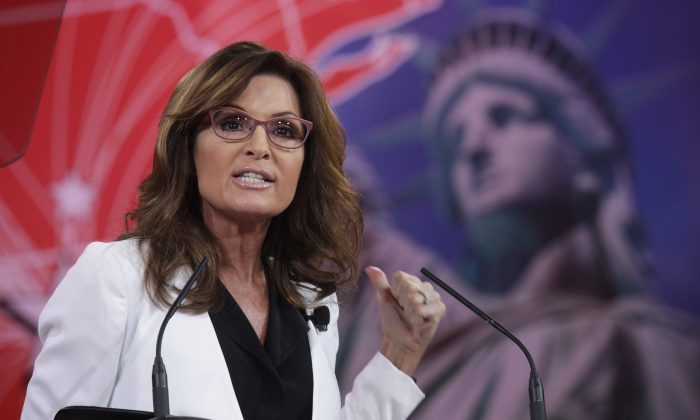 The former Alaska governor, and former running mate of Sen. John McCain in the 2008 presidential race, endorsed the billionaire businessman, Trump’s campaign said in a statement, noting that he is “honored” by the endorsement.

I am greatly honored to receive Sarah’s endorsement.
— Donald Trump

“I am greatly honored to receive Sarah’s endorsement,” Trump said in a statement. “She is a friend, and a high quality person whom I have great respect for. I am proud to have her support.”

The endorsement comes less than two weeks ahead of the critical lead-off Iowa caucus, where Trump is locked in a dead heat with Texas Sen. Ted Cruz.

Palin was a virtual newcomer to the national political arena when McCain named her as his running mate but has since risen to prominence as one of the most outspoken conservatives in the party.

I think conservatives trust Sarah Palin that if she says this guy is a conservative, that he is a real deal.
— Ted Cruz

“In a Republican primary, everyone claims to be conservative and voters are pretty cynical,” Cruz told Politico in 2012. Cruz said that Palin’s endorsement of Cruz in the 2012 Texas Senate race was crucial to his win. “I think conservatives trust Sarah Palin that if she says this guy is a conservative, that he is a real deal.”

I love @SarahPalinUSA Without her support, I wouldn’t be in the Senate. Regardless of what she does in 2016, I will always be a big fan.

Palin will attend two campaign events with Trump on Wednesday, according to NBC News.