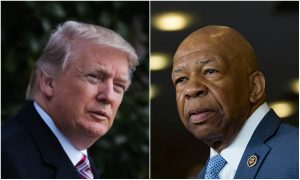 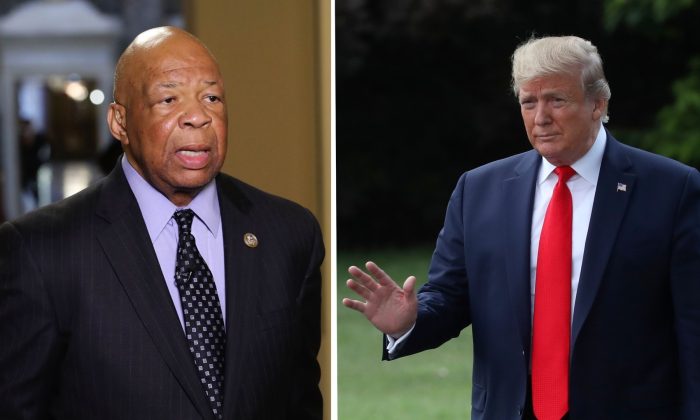 The burglary took place around 3:40 a.m. at the house, which is located in the 2000 block of Madison Avenue, the Baltimore Police Department said.

One family who lives on the street told WJZ they captured some video footage of the break-in on a doorbell camera at their home.

“It is unknown if any property was taken from the location,” police said in a statement.

Fox confirms that there was a break-in over the wknd at a property in Baltimore owned by Dem MD Rep. Elijah Cummings. Fox is told the break-in was not where Cummings lives, but in a portion of the property which is rented out. Fox is told Cummings was not there at the time

Fox News reporter Chad Pergram reported that the break-in was not where Cummings lives, “but in a portion of the property which is rented out.”

“Fox is told Cummings was not there at the time,” he added.

Officials told 11 News that they would likely have more details on the home burglary sometime Friday.

In a statement sent to news outlets, Cummings said: “An individual attempted to gain entry into my residence at approximately 3:40 AM on Saturday, July 27. I was notified of the intrusion by my security system, and I scared the intruder away by yelling before the person gained entry into the residential portion of the house. I thank the Baltimore Police Department for their response and ask that all further inquiries be directed to them.”

Sources tell the 11 News I Team some one broke into the home of Congressman Elijah Cummings over the weekend. Nothing was taken, no one got hurt. Police are investigating. They may have captured the suspect on a private security camera. pic.twitter.com/0gHFJ13lUK

Cummings was vaulted into the national news after Trump attacked him, saying the conditions in the Baltimore portion of Cummings’s district “is a disgusting, rat and rodent infested mess.”

“If he spent more time in Baltimore, maybe he could help clean up this very dangerous and filthy place,” Trump added.

The president later said that of the billions of dollars given to the district by the federal government, most has been stolen or wasted and wondered if Cummings was involved.

Really bad news! The Baltimore house of Elijah Cummings was robbed. Too bad!

Trump added on Friday after hearing that Cummings’s house was burglarized: “Really bad news! The Baltimore house of Elijah Cummings was robbed. Too bad!”

Baltimore is rife with crime, with the highest murder rate of any major metropolitan area in the nation. Its total violent crime was the third-highest in the country, with 2.027 incidents per 100,000 residents in 2017, according to the FBI.

Critics accused Trump of being racist for attacking Cummings but have struggled to rebut his noting the conditions of the city, and a number of residents said they agreed with the president.

“Would it be safe to say that Baltimore is in a crisis?” Lawrence Jones, a Fox News reporter, asked a resident.

“I would honestly say yes, from the drug selling to the killings, the poverty, it’s just crazy,” the resident responded.

“I see poverty, I see crime as a way of life,” another Baltimore resident said. “I think [the leaders] sold out.”

The resident added about Cummings, “He’s worried more about [caring for illegal aliens at the border] than his own people.”