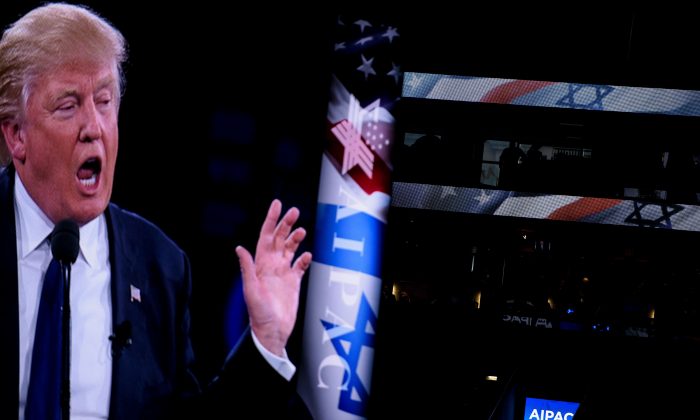 Donald Trump says he sees the need for NATO but that European countries must take the lead while America becomes less involved in the region.

I think the concept of NATO is good, but I do think the United States has to have some help. We are not helped.
— Donald Trump

“I see NATO as a good thing to have—I look at the Ukraine situation and I say, so Ukraine is a country that affects us far less than it affects other countries in NATO, and yet we are doing all of the lifting, they’re not doing anything. And I say, why is it that Germany is not dealing with NATO on Ukraine? Why is it that other countries that are in the vicinity of the Ukraine not dealing with—why are we always the one that’s leading, potentially the third world war, okay, with Russia? Why are we always the ones that are doing it?” Trump wondered during an interview with the Washington Post.

“And I think the concept of NATO is good, but I do think the United States has to have some help. We are not helped.”

We pay billions of dollars to supporting other countries that are in theory wealthier than we are.
— Donald Trump

“NATO is costing us a fortune and yes, we’re protecting Europe but we’re spending a lot of money,” he added. “I don’t think we’re treated fair anywhere. If you look everything we have. You know, South Korea is very rich. Great industrial country. And yet we’re not reimbursed fairly for what we do. We’re constantly, you know, sending our ships, sending our planes, doing our war games, doing other. We’re reimbursed a fraction of what this is all costing.”

Trump said he also believes in the U.S. disengaging from the “nation-building” worldwide to focus inward.

We built schools in Iraq and they’d be blown up. And we’d build another one and it would get blown up … And yet we can’t build a school in Brooklyn.
— Donald Trump

Trump noted the U.S. is trillions of dollars in debt, but still seems to be focusing on building in other countries’ more than inside America itself.

“Well, there is, I just think that we have values in our country that we have to promote. We have a country that is in bad shape, it’s in bad condition. You look at our inner cities, our inner cities are a horrible mess. I watched Baltimore, I have many, many friends in Baltimore, we watched what happened. St. Louis, Ferguson, Oakland, it could have been much worse over the summer. And it will probably be worse this summer,” he said.

“But you look at some of our inner cities. And yet you know I watched as we built schools in Iraq and they’d be blown up. And we’d build another one and it would get blown up. And we would rebuild it three times. And yet we can’t build a school in Brooklyn. We have no money for education, because we can’t build in our own country. And at what point do you say hey, we have to take care of ourselves.”

Trump also touched on China, saying he would make things more even by introducing tariffs and using other trade mechanisms.