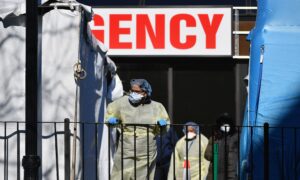 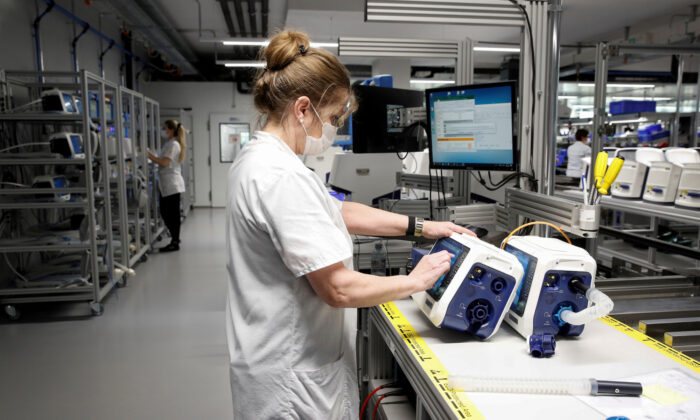 “I have a feeling that a lot of the numbers that are being said in some areas are just bigger than they’re going to be,” Trump said during a phone appearance on Fox News’ “Hannity” on Thursday night.

New York Gov. Cuomo responded at a press conference on Friday, telling reporters that he was relying on various projections that show New York “could” need 30,000 ventilators at the apex of the pandemic.

“I hope we don’t need 30,000 ventilators,” he said. “I hope some natural weather change happens overnight and kills the virus globally. That’s my hope. The numbers say you may need 30,000.”

Officials said this week that the state only has some 15,000 on hand or slated to arrive. Cuomo said the state has purchased 7,000 in recent days and is still shopping for more, in addition to asking the federal government to send some. The government has already provided 4,000 to the state.

Cuomo and Trump battled online on Friday, with Trump alleging that thousands of federal government-delivered ventilators were found in storage in New York and calling for the immediate distribution of them to hospitals.

In a statement shared by the governor, his spokeswoman, Melissa DeRosa, said that ventilators arrived on Wednesday and were deployed to the strategic stockpile.

“We don’t know which hospitals will have the need yet—this is evolving in real time,” she said, reiterating a call for the federal government to provide more ventilators. “Lives are at stake,” she wrote.

Trump in the phone call directly named Cuomo, telling Sean Hannity: “They’d say, like Gov. Cuomo and others, they’d say we want 30,000 of them. Thirty thousand?”

“Think of this, you know you go to hospitals that have one in a hospital and now all of a sudden everyone’s asking for these vast numbers,” he added.

The New York State Department of Health approved a method of splitting a ventilator to treat two patients on Thursday as one way to combat the projected shortfall in the machines.

Dr. Deborah Birx, the coordinator for the White House Coronavirus Task Force, told reporters in Washington earlier Thursday that federal officials were “reassured” after meetings with New York officials that there are still intensive care unit beds, as well as ventilators, that haven’t been used.

“There’s still significant—over 1,000 or 2,000—ventilators that have not been utilized yet,” she said, wondering at reports that healthcare workers are discussing “do not resuscitate” situations.

COVID-19 is caused by the new coronavirus, which The Epoch Times refers to as the CCP virus because the Chinese Communist Party’s coverup and mismanagement allowed the virus to spread throughout China and create a global pandemic.

New York, the epicenter of the COVID-19 pandemic in the United States, has by far the most cases in the country. Inside the state, the bulk of the cases are in New York City. Several hospitals have seen numerous COVID-19 patients, including Elmhurst Hospital in the borough of Queens.