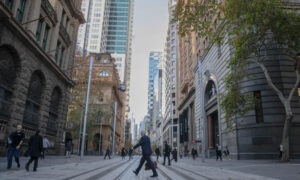 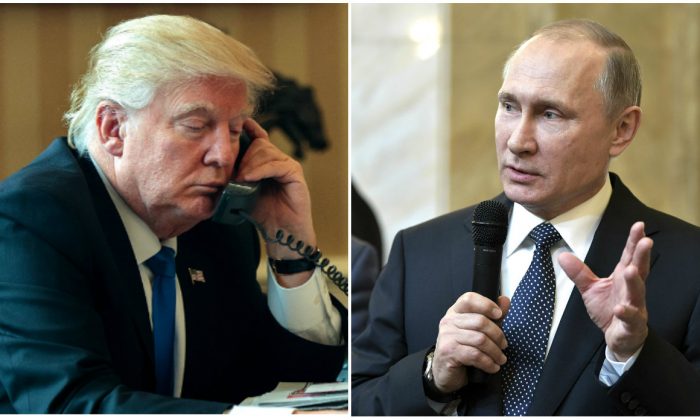 WASHINGTON—Will President Donald Trump usher in a new era for U.S.-Russian relations, or are the two powers going to continue down the path as geopolitical foes?

Now that Russian President Vladimir Putin has held his first conversation with America’s newly inaugurated leader, attention turns to the fate of U.S. sanctions against Moscow and whether the two will look to enhance military cooperation against the Islamic State group.

Trump was noncommittal about whether he was considering lifting the economic sanctions ahead of the call, telling reporters Friday, “We’ll see what happens. As far as the sanctions, very early to be talking about that.”

While the White House has yet to comment on Saturday’s phone call, the Kremlin released a statement hinting that the two men discussed the sanctions, implemented by the Obama administration as a consequence of Russia’s actions in Ukraine.

The two leaders emphasized the importance of “restoring mutually beneficial trade and economic ties between business circles of the two countries, which could additionally stimulate the incremental and sustainable development of the bilateral relationship,” the Kremlin said.

Putin and Trump will also maintain “regular personal contact” and will begin preparations for a face-to-face meeting.

The Kremlin has applauded Trump’s promises to rebuild U.S.-Russian relations, which have been pushed to their worst level since the Cold War during the Obama administration over the Ukraine crisis, war in Syria, and allegations of Russian meddling in U.S. elections by some in the intelligence community.

The Kremlin said that Putin and Trump spoke in particular about international issues, including the fight against terrorism, the Arab-Israeli conflict, Iran’s nuclear program, the situation on the Korean peninsula, and the Ukraine crisis.

“The presidents spoke out in favor of the establishment of real coordination of Russian and American actions with the aim of destroying the Islamic State,” according to the statement.

Shortly before leaving office, President Barack Obama also ordered sanctions on Russian spy agencies, closed two Russian compounds in the United States, and expelled 35 diplomats that he said were spies. These sanctions followed an assessment by some U.S. intelligence agencies that Moscow meddled in the 2016 election to help Trump become president.

British Prime Minister Theresa May, whose country—as part of the European Union—also has punished Russia for its provocations in Ukraine, voiced the view of many in Europe, telling reporters in Washington on Friday: “We believe the sanctions should continue.”

Two Republican senators—Arizona’s John McCain, chairman of the Armed Services Committee, and Ohio’s Rob Portman, a member of the Foreign Relations Committee —warned the White House about easing any punishments on Moscow and they pledged to turn the sanctions into law.

“I hope President Trump will put an end to this speculation and reject such a reckless course,” McCain said in a statement. “If he does not, I will work with my colleagues to codify sanctions against Russia into law.”

Portman said lifting the sanctions “for any reason other than a change in the behavior that led to those sanctions in the first place would send a dangerous message to a world already questioning the value of American leadership and the credibility of our commitments after eight years of Obama administration policies.”

McCain has been a frequent critic of Trump among Capitol Hill Republicans. He takes a dim view of trying to reset relations with Moscow and says that Putin is “a murderer and a thug who seeks to undermine American national security interests at every turn.”

McCain and Portman are part of a bipartisan group of senators who have introduced legislation designed to go beyond the punishments against Russia already levied by Obama.