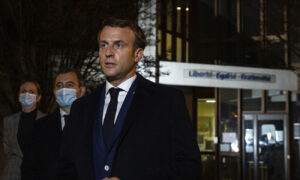 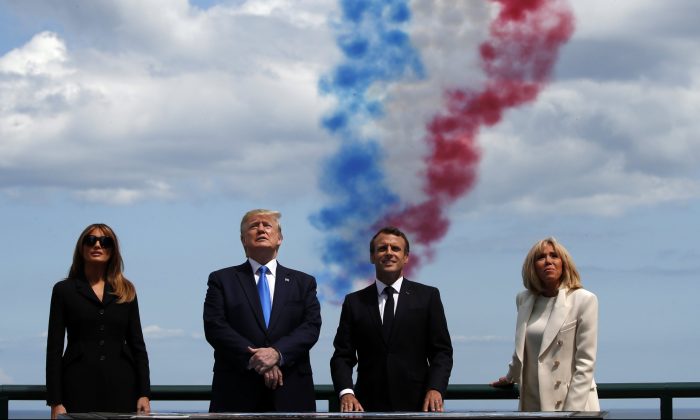 Three people were killed by an attacker at a church in the French city of Nice on Thursday morning. One elderly lady who had come to pray was “virtually beheaded,” the city’s mayor was quoted as saying.

The attacker shouted “Allahu akbar!” repeatedly as police apprehended him, the mayor told reporters, adding that “the meaning of his gesture left no doubt.”

“Our hearts are with the people of France,” President Trump wrote on Twitter.

“America stands with our oldest Ally in this fight. These Radical Islamic terrorist attacks must stop immediately. No country, France or otherwise can long put up with it!”

Our hearts are with the people of France. America stands with our oldest Ally in this fight. These Radical Islamic terrorist attacks must stop immediately. No country, France or otherwise can long put up with it!

Speaking from the scene, he said France had been attacked “over our values, for our taste for freedom, for the ability on our soil to have freedom of belief.”

“And I say it with lots of clarity again today: we will not give any ground.”

The Nice attack was not the only suspected terror incident targeting France on Thursday. In Montfavet, near the southern French city of Avignon, police killed a man who had threatened passersby with a handgun. He was also shouting “Allahu Akbar,” according to radio station Europe 1.

In Saudi Arabia, meanwhile, state television reported that a Saudi man had been arrested in the Red Sea city of Jeddah after attacking and injuring a guard at the French consulate.

French Prime Minister Jean Castex has raised France’s security alert to its highest level and said the government’s response would be firm and implacable.

The motive of the attacker was not immediately clear, but France was already on heightened security alert as Muslims in multiple Islamic countries expressed anger over the display and publication in France of caricatures of Prophet Muhammad.

The caricatures of Muhammad have been widely displayed at marches in solidarity with a French history teacher, who was murdered by an 18-year-old Islamic terrorist on Oct. 16.

Samuel Paty was beheaded in broad daylight outside his school in a middle-class Paris suburb by a teenage Chechen refugee, who had sought to avenge his victim’s use of the caricatures in a class on freedom of expression. Police shot the attacker dead.

President Macron has vigorously defended the cartoons as protected under the right to free speech, angering many Muslims and triggering protests in multiple Muslim countries.

Earlier this week, France’s national police called for increased security at religious sites around the All Saint’s holiday this coming weekend.

On Tuesday, the areas around the Arc de Triomphe and Eiffel Tower in central Paris were briefly evacuated after a bag filled with ammunition was discovered.

The terrorist threat remains “very high,” Interior Minister Gerald Darmanin said on Tuesday, “because we have a lot of enemies from within and outside the country.”