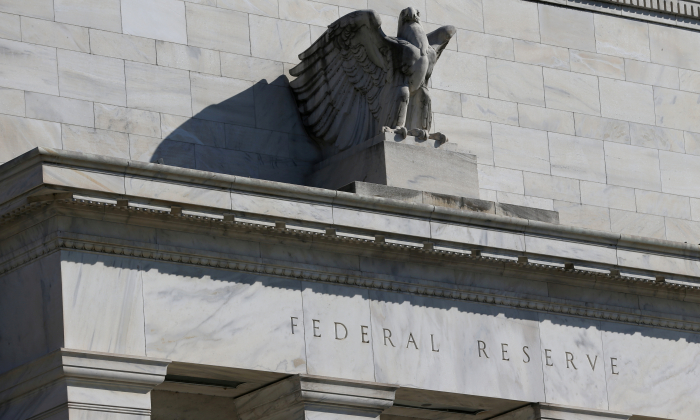 Trump Picks Christopher Waller and Judy Shelton for Fed Board

President Donald Trump intends to nominate Christopher Waller and Judy Shelton to the board of the Federal Reserve.

The president announced his decision in a series of Twitter messages on July 2.

If confirmed, Waller and Shelton would fill the last two vacant seats on the seven-member board. The Senate has already confirmed four other Trump appointees to the board, including its chairman, Jerome Powell.

Waller is the director of research at the Federal Reserve Bank of St. Louis, Missouri. The Senate confirmed Shelton in 2018 to be the executive director of the European Bank of Reconstruction and Development.

The Federal Reserve Bank was originally tasked by Congress with keeping inflation in check and preventing economic bubbles and recessions. The Fed dictates the nation’s monetary policy through an array of financial tools, key among which is the interest rate at which banks borrow money.

The Fed kept interest rates at historic lows throughout the presidency of Barack Obama but embarked on a spree of rate hikes after Trump took office. The president began openly criticizing the central bank in July 2018, calling it the biggest problem for the nation’s economy.

The Fed raised rates eight times during the Trump administration, with the last hike triggering a stock market nosedive in December 2018. The central bank has held steady since then as Trump continues to demand a rate cut, which the Fed is now contemplating.

Trump’s prior two picks for the Fed vacancies—economist Stephen Moore and former presidential candidate Herman Cain—withdrew from the nomination process. Moore told The Epoch Times after withdrawing that Shelton was an ideal nominee.

“I think she’s just fantastic. She’d be better than me on the Fed, frankly. She’s an expert on monetary policy,” Moore said on May 6.

Trump, Cain, Moore, and Shelton all believe that the United States would be better off if its monetary system was returned to the gold standard, a system where the value of the dollar would be backed by gold held by the government. Prior to his election, Trump praised the gold standard but said it would be difficult to return to.

Currently, the United States dollar is fiat money, which has no intrinsic value and exists largely as data on the networks of private banks and the privately owned Federal Reserve.

Trump’s launched his latest salvo against the Fed less than two weeks before announcing his new picks.

“Despite a Federal Reserve that doesn’t know what it is doing – raised rates far too fast (very low inflation, other parts of world slowing, lowering & easing) & did large scale tightening, $50 Billion/month, we are on course to have one of the best Months of June in US history,” the president wrote on Twitter on June 24.

“Think of what it could have been if the Fed had gotten it right. Thousands of points higher on the Dow, and GDP in the 4’s or even 5’s. Now they stick, like a stubborn child, when we need rates cuts, & easing, to make up for what other countries are doing against us. Blew it!”