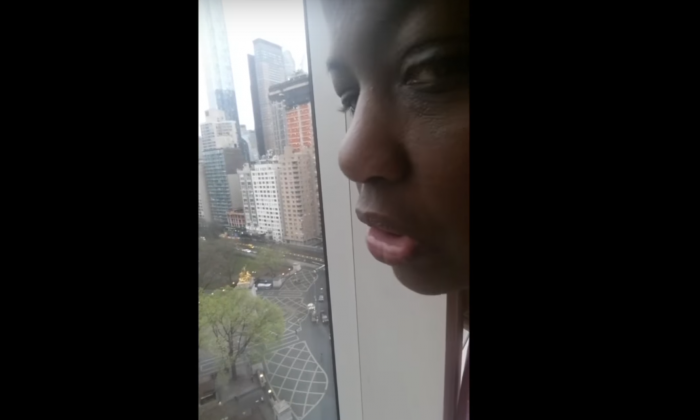 Trump Organization: No Validity to Video of Woman Claiming Trump Allowed Her to Stay at His Hotel

NEW YORK—The Trump Organization says there’s no validity to a video in which a woman claims Republican President-elect Donald Trump has allowed her to stay at his New York hotel free of charge for nine years.

The video is being circulated online and shows a woman talking to a camera by a window overlooking Central Park.

The woman describes herself as a squatter who went to the hotel and started living in an empty room. She says Trump has allowed her to live there since. She calls Trump “a wonderful, wonderful man.”

Trump Hotels spokeswoman Jennifer Rodstrom says the woman depicted in the video is not a guest.

A website used the video as the basis for a story that has been heavily shared on Facebook since it was posted this week.