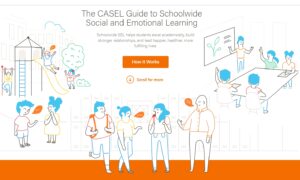 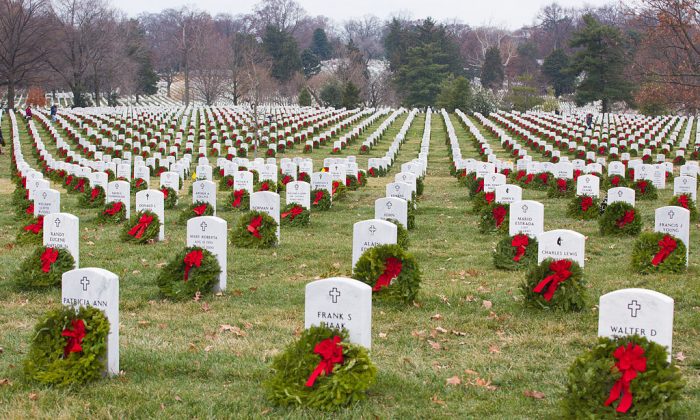 Volunteers with Wreaths Across America help place more than 100,000 remembrance wreaths on headstones at Arlington National Cemetery, Va., Dec. 13, 2013. The mission of Wreaths Across America is to remember and honor the fallen men and women of the armed forces by coordinating wreath laying ceremonies. (U.S. Army photo by Spc. James K. McCann)
US News

Army Secretary Ryan McCarthy announced Tuesday that he has directed Arlington National Cemetery to once again host Wreaths Across America after canceling the event over the CCP (Chinese Communist Party) virus pandemic.

The Secretary appears to have gotten the order from President Donald Trump, who criticized its cancellation on Twitter on Tuesday.

“I have reversed the ridiculous decision to cancel Wreaths Across America at Arlington National Cemetery,” he wrote. “It will now go on!”

Arlington National Cemetery announced the cancellation of the annual event to honor fallen U.S. servicemen and women on Monday.

“Following a thorough analysis of the annual Wreaths Across America Wreaths-In event this year, and in close collaboration with the Joint Task Force, National Capital Region, we determined that we could not implement sufficient controls to mitigate the risks associated with hosting an event of this size under current and forecasted infection and transmission rates, while still conducting a respectful and honorable public event,” read a press statement by Arlington National Cemetery on Monday.

“We did not make this decision lightly,” stated Karen Durham-Aguilera, executive director of the Office of Army National Cemeteries and Arlington National Cemetery. “We reviewed various options to safely execute this long-standing event and held numerous consultations with WAA leadership and local government and public health officials. We understand that although this is disappointing for so many, we could no longer envision a way to safely accommodate the large number of visitors we typically host during this event.”

Earlier on Tuesday a former Navy Seal, Congressman Dan Crenshaw (R-Texas) wrote, ”This decision to cancel #wreathacrossamerica must be reversed immediately. Critical thinking must win out over emotion. Large areas, outside and well-spaced, with masks, on is perfectly safe. Our fallen deserve to be remembered. RT if you agree and support #RememberHonorTeach.”

According to the Wreaths Across America webpage, they say their goal is to “Remember, Honor and Teach” about the sacrifices servicemen and women have made for liberty.

“Each December on National Wreaths Across America Day, our mission to Remember, Honor and Teach is carried out by coordinating wreath-laying ceremonies at Arlington National Cemetery, as well as at more than 2,100 additional locations in all 50 U.S. states, at sea and abroad.”

The laying of wreaths across America was started in 1992 by the owners of Worcester Wreath company who that year found themselves with extra wreaths at the end of the Christmas season and with the help of a Maine senator at that time made arrangements to place wreaths in one of the less-visited sections of the Arlington National Cemetery.

The tradition went on quietly for years but got national attention in 2005 and after some changes and various groups collaborating, Wreaths Across America was founded in 2007.

“The Worcester family, along with veterans, and other groups and individuals who had helped with their annual veteran’s wreath ceremony in Arlington, formed the non-profit 501-(c)(3) organization, to continue and expand this effort, and support other groups around the country who wanted to do the same.”