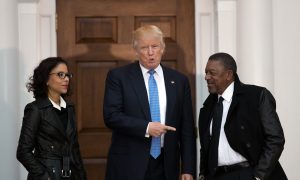 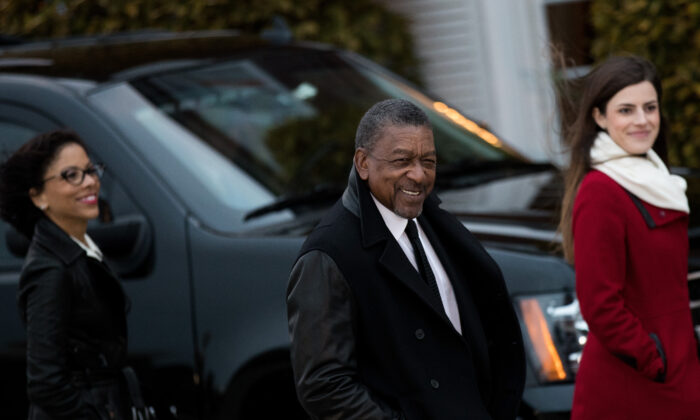 Republican President Donald Trump is poised to win re-election in 2020, according to BET founder Robert Johnson.

Johnson, 73, a lifelong Democrat, said that Trump’s unorthodox style on important issues such as immigration and foreign policy is popular among the president’s supporters, which is why they voted for him in 2016 and will support him again in 2020.

“I think the president has always been in a position where it’s his to lose based on he’s bringing a sort of disruptive force into what would be called political norms,” Johnson told CNBC on Nov. 29.

“I don’t care whether it’s the way he conducts foreign policy, the way he takes on the government agencies, and whether he deals with immigration, he brings his style. Now a lot of people—particularly those who voted for him, and those who will vote for him again in the next election—like that style.”

“What the Democrats have to do is to be careful not get caught in stylistic Trump, and more in substantive Trump. And his ability to dominate the news cycle, and get the narrative going about what he said, to me, has sort of a double effect on the Democrats.”

The candidates get riled up by what Trump says and then extend that agitation to the people who voted for Trump.

“And the voters say, ‘wait a minute, I voted for this guy, I like what he’s doing. Why are you picking on me and saying I’m not smart enough, I’m sort of a cult,'” Johnson told the outlet. “So what you do is you simply add to his support by trying to make a case that, ‘gee if Trump is bad, and you support Trump, then you gotta be bad.'”

Johnson said that in his opinion none of the Democratic presidential candidates are moderate enough to appeal to most voters, including many African-Americans.

“If you take a snapshot today, I don’t think that group is capable of beating Trump despite what the polls say,” he said.

Johnson has previously praised Trump but noted that he’s been a Democrat his whole life.

He told CNBC that the praise didn’t necessarily mean he’d be voting for Trump in 2020.

“It means that I’m going to speak my mind, speak in an independent way based on the facts, and not try to get caught up in the politics,” he said.