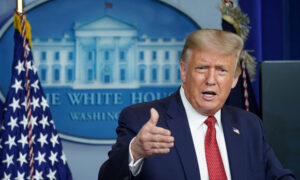 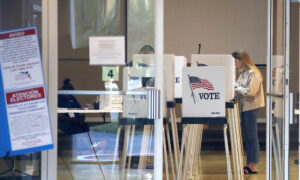 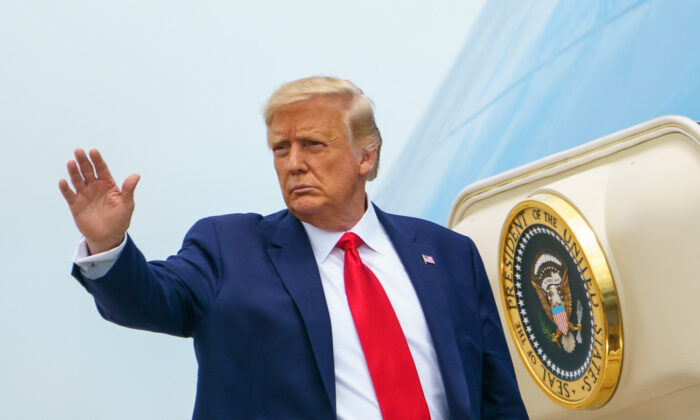 Trump on John McCain: ‘I Was Never a Fan’ but Respected Him

President Donald Trump on Thursday night said that while he did not agree with John McCain, the GOP’s 2008 presidential candidate and longtime senator, he still respected him.

“As John McCain is concerned,” Trump said, “I was never a fan.”

Trump was also asked about whether he made disparaging comments about U.S. Marines buried in a cemetery. The Atlantic, citing anonymous sources, carried the report.

The president denied making the comments, saying the report was false.

“To think that I would make statements negative to our military and fallen heroes when nobody has done what I’ve done,” for the U.S. armed forces, Trump told reporters. “It’s a total lie … It’s a disgrace,” he said of the report.

I was never a big fan of John McCain, disagreed with him on many things including ridiculous endless wars and the lack of success he had in dealing with the VA and our great Vets, but the lowering of our Nations American Flags, and the first class funeral he was given by our….

McCain was long known for his hawkish positions on foreign policy, openly supporting U.S. military intervention in the first Persian Gulf War in Iraq, as well as the later invasions of Afghanistan in 2001 and Iraq in 2003. He was also a dedicated supporter of Israel and backed Trump’s decision to move the U.S. Embassy in Israel from Tel Aviv to Jerusalem.

When he was a candidate in 2016, Trump made critical comments about Sen. John McCain, a Republican from Arizona, for having been captured during the Vietnam war.

“He was a war hero because he was captured. I like people who weren’t captured,” Trump said in 2015 during the Republican primary.

….John a loser and swear on whatever, or whoever, I was asked to swear on, that I never called our great fallen soldiers anything other than HEROES. This is more made up Fake News given by disgusting & jealous failures in a disgraceful attempt to influence the 2020 Election!

McCain, who lost to former President Barack Obama in the 2008 general election, died on Aug. 25, 2018. Before that, he was diagnosed with brain cancer.